HomeArticlesHarvester set up with Ray Harrington

Harvester set up with Ray Harrington

“I want to be able to put a bucket of golf balls in the front of the harvester and have them all end up on the sieve” – Ray Harrington.

No, Ray hasn’t won the contract for picking up golf balls at the local driving range (although we have no doubt he could do that too if he put his mind to it!). What he’s talking about is setting up his harvester to maximise the effect of harvest weed seed control (HWSC).

One of the main limitations of HWSC is the ability to direct weed seeds into the chaff cart, or destructor, or any of the other HWSC tools. Once the weed seeds enter the front of the harvester it is imperative to get them out of the rotor and onto the sieves so they can be captured or destroyed.

“Don’t be afraid to open up the concave and the grates in the harvester to get the weed seeds out of the rotor,” says Ray. Ray believes that if the harvester is set right, only 2% of the weed seeds will exit with the straw in the rotor. Research by Dr Michael Walsh from AHRI has confirmed that Ray is in the ball park.

For this edition of AHRI insight we filmed Ray inside his harvester talking about harvester set up. He says it better than we could write it. If you are setting your harvester up for any of the HWSC tools, this is a must see! 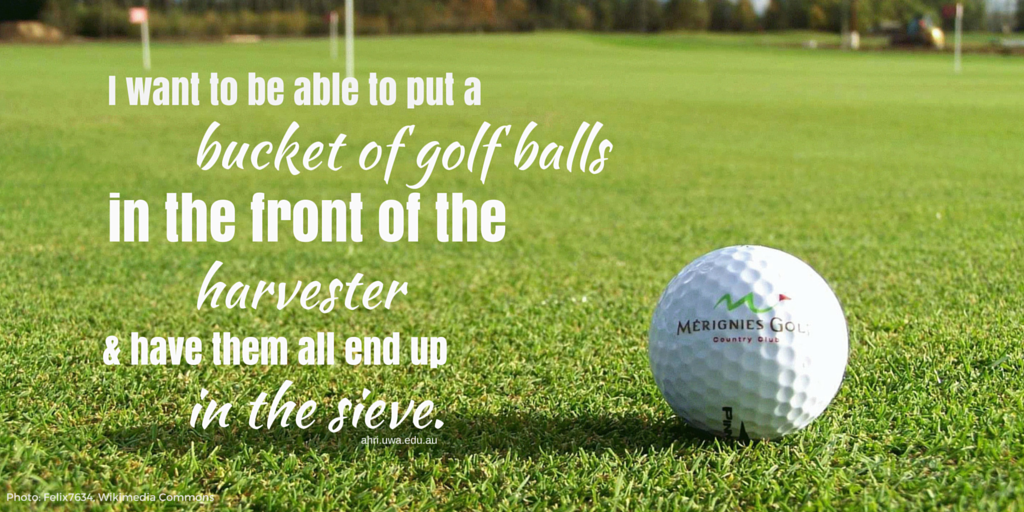 We’ve known for some time at AHRI that we need to communicate harvester set up for HWSC. Do you think we could work out how to put that into words and pictures for all of the different harvesters on the market?!

Enter Ray Harrington, inventor of the Harrington Seed Destructor (along with many other inventions to his name). We filmed Ray with his Case 8230 harvester, telling us how he sets it up to maximise weed seeds entering the integrated destructor mills that it is fitted with.

***WeedSmart has released a series of videos on getting weed seeds in the chaff for each of the major header brands on the market. You can check them out here.

The concept diagram below was drawn by engineer Nick Berry. Nick recently completed his PhD at the University of South Australia, working on the integrated destructor mills. The diagram below shows how a separator baffle can be used to divert more weed seeds into the mills. These baffles come in all shapes and sizes, and are often custom made by grain growers to fit their harvesters. The aim is to divert the weed seed containing chaff fraction below the baffle to hopefully target at least 95 to 98% of the weed seeds with one of the many HWSC tools.

2% of weeds in the rotor

In the video, Ray mentions that if the harvester is set right there should be no more than 2% of the weed seeds left in the rotor and lost with the straw. Was he talking it up, or is that really achievable?

Dr Michael Walsh from AHRI has conducted 25 trials across Australia comparing weed seed capture with of the chaff cart, narrow windrow burning and the Harrington Seed Destructor. He and Charlie Aves did ryegrass counts in autumn in the year following these trials. They found that the three HWSC tools performed equally, reducing the ryegrass germination by 56% on average. If there were significant rotor losses, and weed seeds were spread with the straw, the narrow windrow burning treatment would be expected to perform better than the other treatments because windrow burning removes all of the straw and chaff where the chaff cart and HSD remove the chaff only. This is evidence that Ray was on the money, and rotor losses of weed seeds can be minimised with good harvester set up.

Rod and Andrew Messina from Mullewa in Western Australia tow chaff carts behind their three harvesters. They recently commented that they managed to halve the number of chaff dumps by fitting a baffle that covers part of the straw chopper on their Case harvesters. They believe in doing so they have maintained the amount of weed seed that enters the chaff cart while reducing the number of chaff dumps. 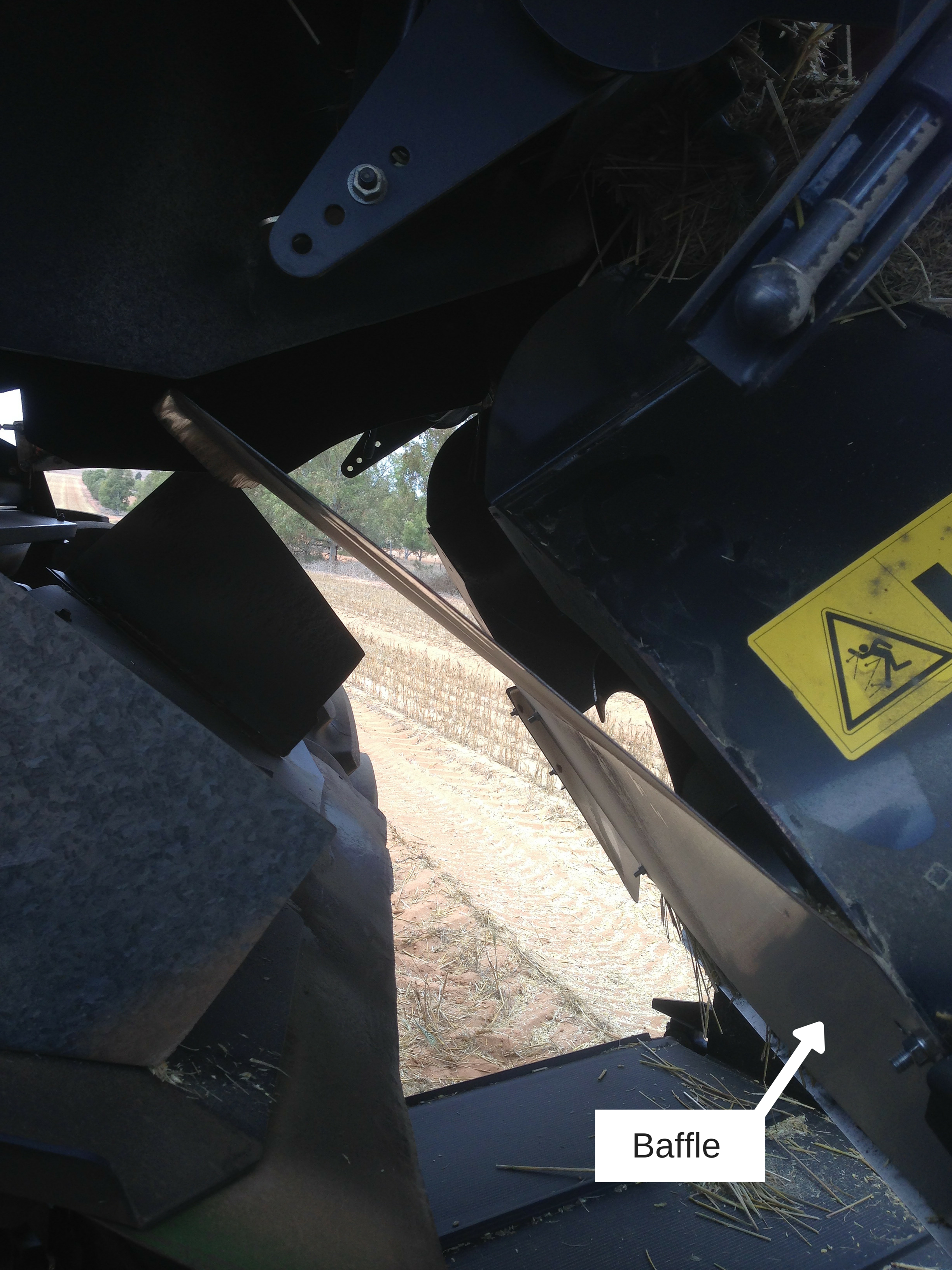 We know that to maximise the effect of harvest weed seed control we need to separate the weed seeds from the straw inside the harvester. There are many models of harvester that each require unique settings and modifications. There are too many of these to mention individually here. Conceptually, if your harvester can’t release a bucket full of golf balls out of the rotor and land them on the sieve, then according to Ray Harrington, you need to make some modifications if you want harvest weed seed control to work.

P.S. We’re giving RIM a break. New RIM runs are back in November! (Here are the ones we’ve done so far).

P.P.S. In exciting news, Stephen Powles has a new online course brought to you by WeedSmart’s Diversity Era. Starts November 16! For more details and to get your free account (it’s easy), click here.