What would you do if you could make time stand still?

Spend time with your kids before they grow up?

Harvest your entire crop so you can catch the weed seeds before they shed?

There is a way to make harvest time stand still for a few weeks.

Swathing is an additional job and can be risky as growers lay their income on the ground and hope they can pick it up.

When is it worthwhile to swath your crop? 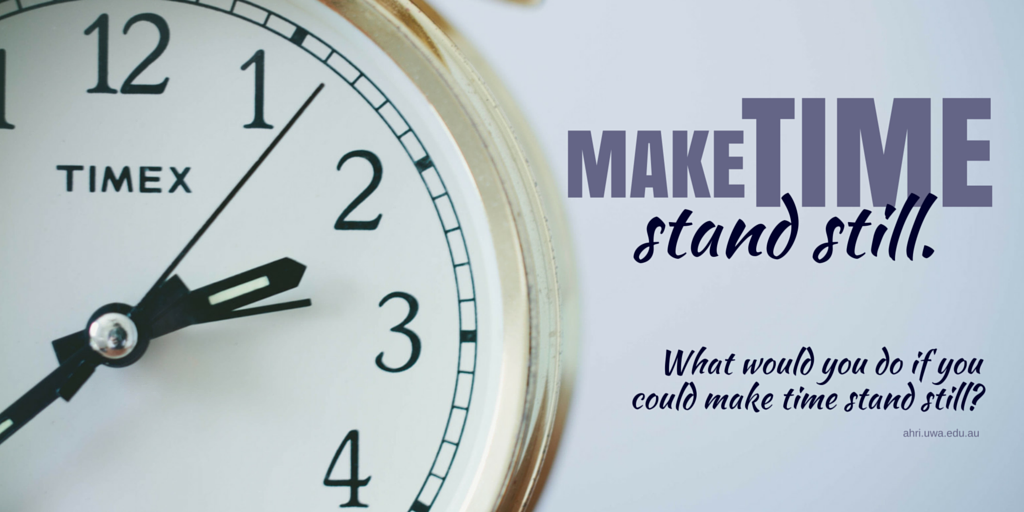 Ryegrass holds onto seeds in the swath

There would be no point in going to the trouble of swathing crops for weed control if the weeds then shed their seeds in the swath. Research by Dr Michael Walsh from AHRI has confirmed that ryegrass holds onto its seed. In 2012, Michael ventured to Ray Harrington’s farm Darkan. He compared a standing barley crop with a swathed barley crop. Michael placed plastic trays beneath standing ryegrass plants and swathed ryegrass plants and left them for three weeks. 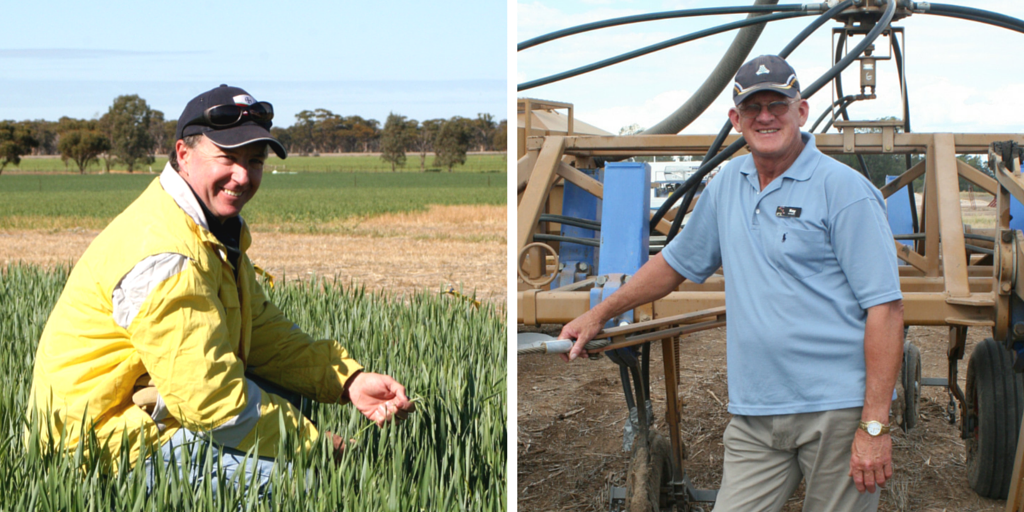 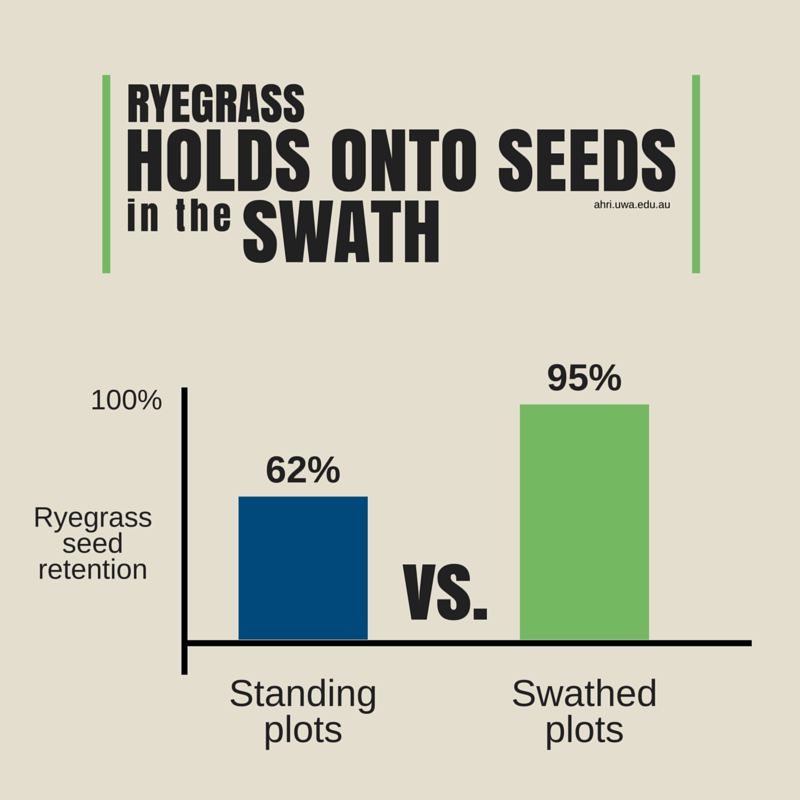 If you are a grain grower who has taken up harvest weed seed control (HWSC) because you have large numbers of resistant weeds, then swathing may be the key to smashing this seed bank as quickly as possible and maximise the effectiveness of your HWSC tool. Add to this a species of weed such as wild oats that are known to shed their seed, and swathing becomes a very realistic option.

Swathing barley is a great way to clean up a paddock Three strips of a barley crop with approximately 1 ryegrass/m2 were swathed. Three weeks later, these strips were harvested with a harvester fitted with a Harrington Seed Destructor and compared to direct harvest of a standing crop. Ryegrass germination was assessed the following year. The average annual ryegrass density in autumn 2012 on the standing strips was 37 plants/m2 compared with 4 plants/m2 on the swathed strips. Thus the effect of barley crop swathing was a 90% reduction in subsequent annual ryegrass emergence. 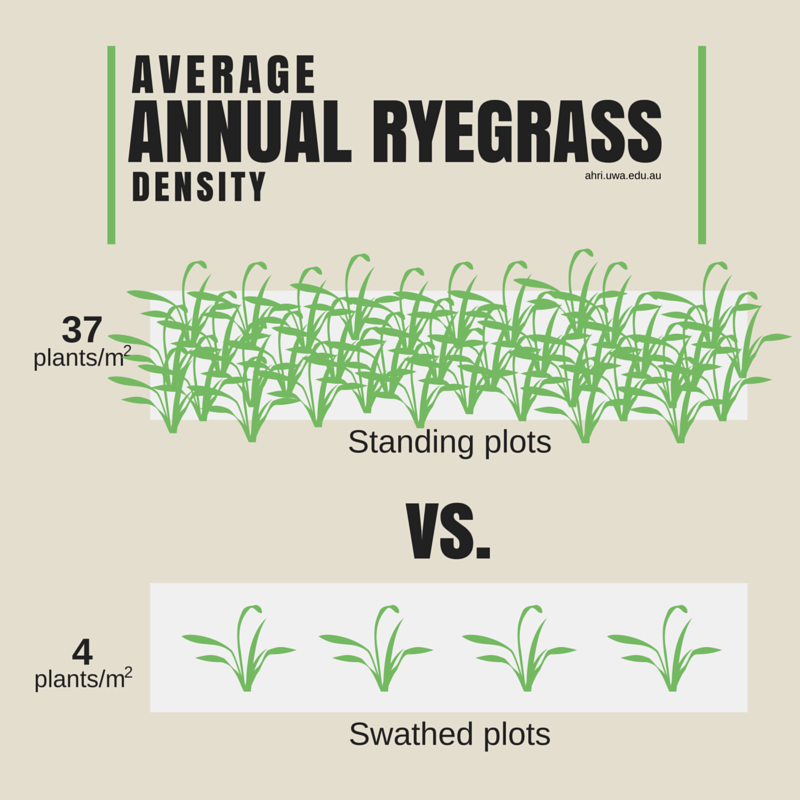 In a previous edition of AHRI insight ‘Rules of thumb’ we reported on some weed seed shedding work by Dr Michael Walsh. This research developed the rule of thumb that annual ryegrass sheds its seed at about 1% per day as harvest progresses – a little more for wild oat and brome grass and a little less for wild radish. The graph below summarises this research. 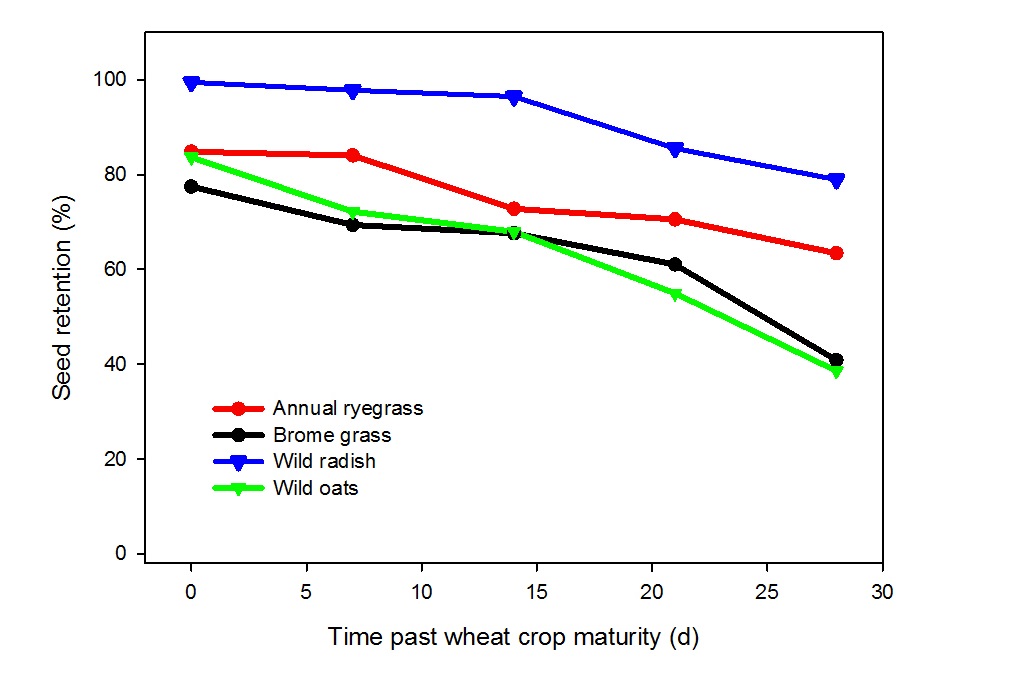 Day zero on the graph above is the first opportunity to harvest. What we need to do is make time stand still and keep the weeds on day zero, or even better, day minus 7 or minus 10.

This is where swathing comes in. The most commonly swathed crops in Australia are canola and barley. Typically they are ready for swathing 7 to 14 days before they could be direct harvested. Growers who use swathing as a tool often start on their canola then move onto their barley.

Let us consider an example of a farm that has equal amounts of canola, barley and wheat to harvest. If all of the crops were direct harvested it is likely that canola would be harvested first followed by barley followed by wheat. As harvest progresses the weeds continue to shed seed (at about 1% per day) as per the figure below. By the time the wheat is harvested, significant weed seed shedding has occurred. 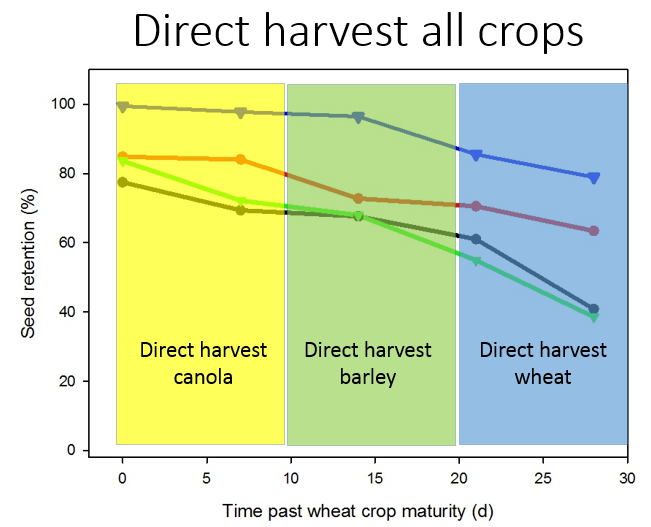 If the canola and barley were swathed prior to harvest there would be very low weed seed shedding in the swaths. Also, this may allow for wheat to be harvested after canola, leaving the swathed barley until last. This means that the standing wheat crop is harvested in the middle of the program, reducing weed seed shed in this crop, as well as the swathed crops, as per the figure below. 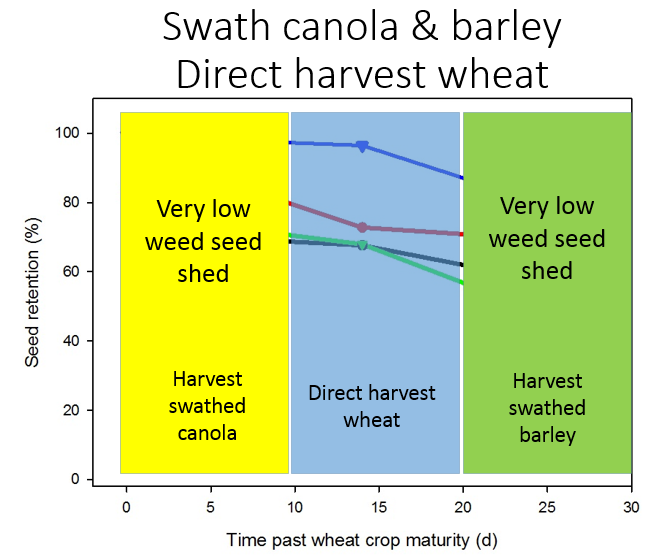 Yes, swathing is another job that comes at a cost, but there is little doubt that it is a great partner to harvest weed seed control, especially for weed species such as wild oats that are known to shed their seed during harvest.

Spend time with your kids, nail that forehand, and minimise weed seed shed in your crop at harvest.

P.S. We’re giving RIM a break, but RIM runs will be back soon! (Here are the ones we’ve done so far).

P.P.S. Are you interested in staying up to date with weeds, pests & disease? If the answer is yes, the inaugural Crop Protection Forum (hosted by AHRI and CCDM at UWA) is an opportunity to learn about resistance and how to blunt its evolution. Find out more and register here.

P.P.P.S. In exciting news, Stephen Powles has a new online course brought to you by WeedSmart’s Diversity Era. Starts November 16! For more details and to get your free account (it’s easy), click here.