Kids these days, they are spoiled rotten.

“We used to get up in the morning at half past ten at night, half an hour before we’d gone to bed, eat a lump of cold poison, work 29 hours down mill and pay the mill owner for permission to come to work. And you tell that to the young people of today and they won’t believe you.” – Monty Python

Farmers these days, they are spoilt for choice when it comes to harvest weed seed control options. There are now five commercially available tools to remove weed seeds at harvest with a sixth in development. Luxury!

So if these systems all result in the same level of weed control, how do growers decide which is right for them? 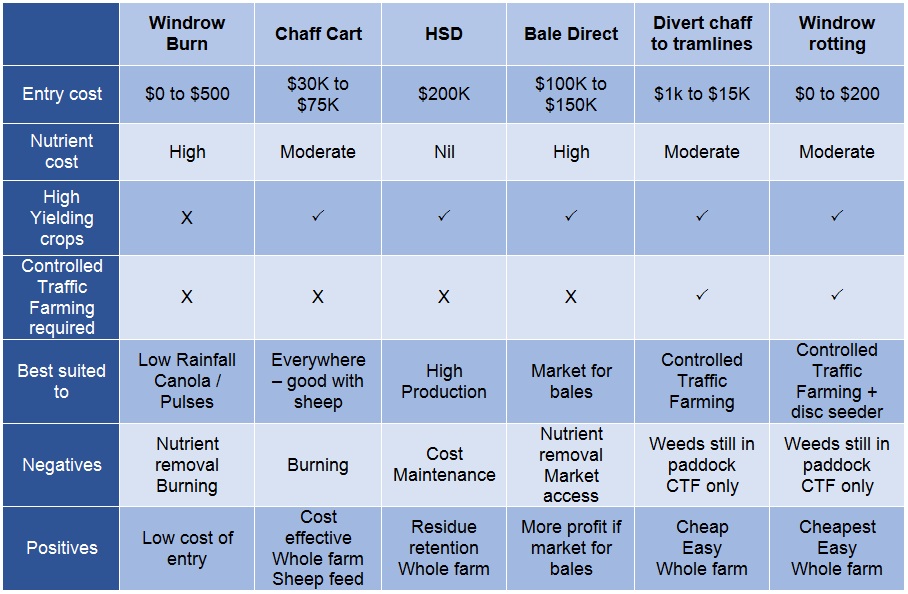 For the last decade we have spent a lot of time and effort in carefully researching the one, two and then three harvest weed seed control systems that were being developed and used by growers over this period of time. Growers are now so comfortable with the results from HWSC that adoption is skyrocketing. Excitingly, there is also a surge in innovation in this area with new systems being developed and introduced. AHRI is now struggling to keep up with the evaluation of these newly introduced systems. Once again, the growers are forging ahead with innovation! Examples of this are:

This system has taken off in Western Australia with the development of the ‘Chaff Deck’. This was invented by a grain grower in WA, and then commercially produced by James Buttle in Esperance. There are now 40 of these units in operation in the Esperance area and approximately another 30 in production for this harvest. Due to this high demand, Primary Sales have been contracted to build some chaff decks.

The chaff deck very simply places the chaff from the sieves of the harvester on permanent wheel tracks and is applicable to growers with fully matched tramline farming systems. Some of the growers with these systems have disc seeding modules to seed the tramlines as a tyne disrupts the chaff fraction and is at risk of blockages.

Growers using this system have observed that not many weeds germinate from this chaff fraction and they believe that many weed seeds rot in the chaff. At this stage there is only anecdotal evidence of the efficacy of this system and we have plans to evaluate this system in the near future. 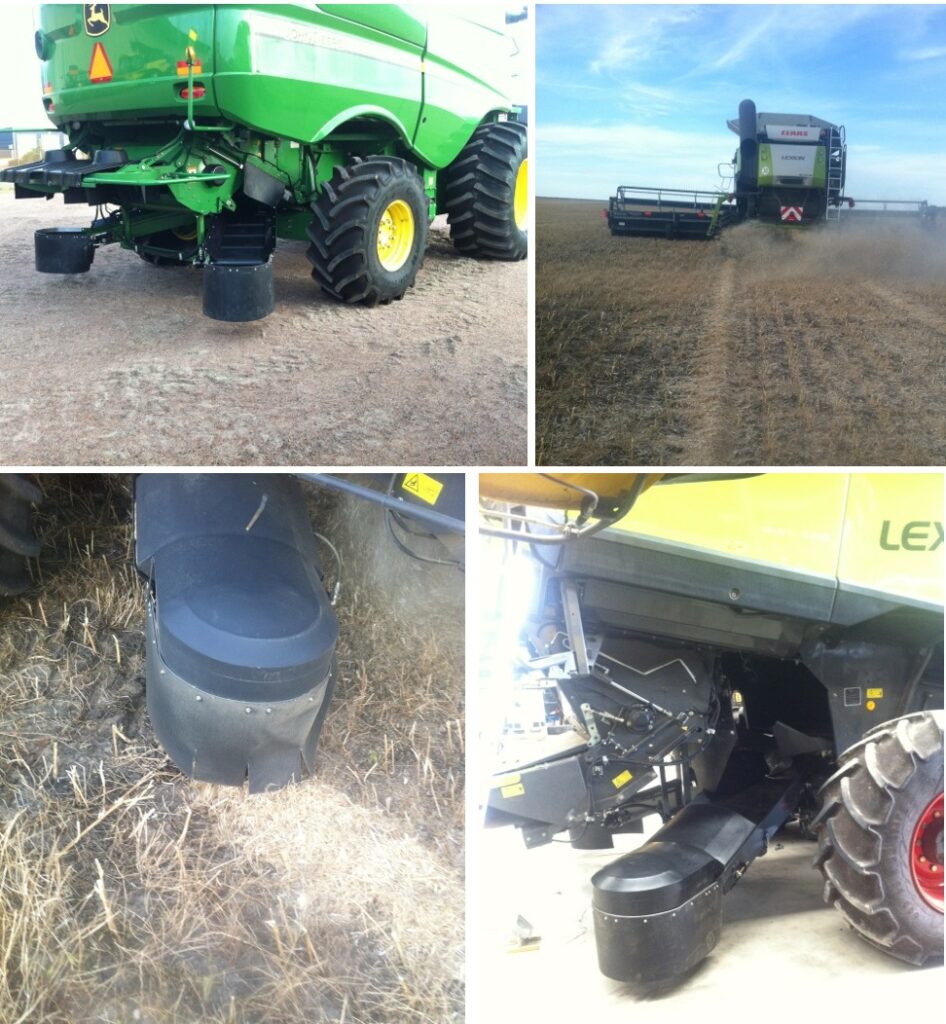 Windrow rotting was developed by Esperance grower, Mic Fels. This technique involves diverting just the chaff fraction into a narrow windrow in the middle of the harvester rather than on the permanent wheel track. This involves using a plastic chute to concentrate the chaff fraction and spreading the straw. This narrow chaff windrow is then left to rot. Mic has observed that very few weeds germinate in this chaff windrow and many seem to rot, hence the name. Once again, we currently have only anecdotal evidence of efficacy at this stage and future research will evaluate this system. Windrow rotting appears to be ideal for controlled traffic farming systems, and is most compatible with disc seeding so that blockages do not occur and the chaff row is not disturbed. Mic comments that he would rather have his weeds compete with each other in a narrow chaff row than have them compete with his crop. If strips of weeds become a problem he will make a narrow canola windrow over the chaff row and burn it. Watch this space.

Developments with the HSD

Engineers at the University of South Australia have modified the original HSD design and developed a machine that is hydraulically driven and is mounted to the rear of the harvester. A prototype was tested on Ray Harrington’s own harvester in Darkan, WA in 2013. After overcoming teething problems with the hydraulics this machine went on to harvest for 256 hours without a hitch. Several prototypes will be operating around Australia this harvest with commercial manufacturing hopefully not too far away. 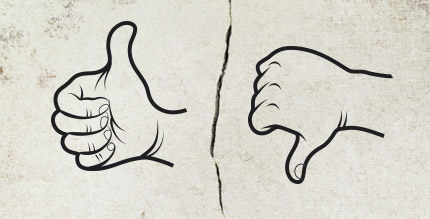 Sometimes too many choices can be a bad thing as it makes decision making harder. Below are a few questions that growers may use to help choose between the systems available.

Q1. Is your farm in a fully matched controlled traffic system where the harvester runs on permanent tramlines?

If yes, consider chaff diversion to tramlines or windrow rotting. However, be aware that we are currently relying on anecdotal evidence of their efficacy. Growers using the systems are very happy and the demand for the ‘Chaff Deck’ is evidence that this is a popular system. More info is on the WeedSmart website.

Q2. Are your soils responsive to Potassium fertiliser?

If yes, there is a large hidden cost for narrow windrow burning and bale direct due to the large amount of Potassium contained in straw. The HSD is the optimal tool for these soils and the residue retention makes it cost effective when the cost of nutrients are considered. The chaff cart has lower Potassium removal than windrow burn or bale direct. Follow the links for our financial factsheets (PDF).

Sheep are not very compatible with narrow windrow burning as over grazing can spread windrows and create many firebreaks in windrows. The HSD is likely to reduce the grazing value of stubbles. The chaff cart may be a great option. Some growers, like Andrew Boultbee (video), are grazing chaff dumps with great success.

Q4. Do you have a ready market for large amounts of straw close to the farm?

Bale direct may be the best option. Growers considering this option must be aware of the logistics involved in handling thousands of bales and careful consideration should be given to nutrition and the straw price required to make this system viable. More info is on the WeedSmart website and you can a video of the Glenvar Bale Direct here (yes, it goes for 9.5 mins, but a) awesome music and b) fast forward to about 6 mins!).

Q5. Are you a low rainfall grain grower with a low cost production system?

Windrow burning, chaff deck and chaff rotting are the lowest cost systems. However, there are hidden costs of nutrient removal, particularly Potassium, which should be given careful consideration. The chaff cart is also cost effective in these areas, especially for Potassium responsive soils. For more info, watch this video where Rod Messina gives practical tips and tricks for windrow burning.

It is fantastic to have choice and we largely have grain growers to thank for developing six harvest weed seed control systems. There is little doubt that innovative grain growers will be dreaming up new systems that we will research in the future. What a fantastic world we live in. Perhaps being spoiled rotten is not such a bad thing. Sheer Luxury!

And finally, just for a laugh, check out the Monty Python video we quoted at the top.