OK, this is a mild exaggeration, but generally speaking the weeds were so susceptible that we could get away with a sub-optimal spray job, and the weeds would die.

Now that we have resistant weeds, we really need to hold our tongue right when we’re spraying to give us any chance of success.

We have known for some time that when mixing 2,4-D with glyphosate there can be some antagonism and grass control can be compromised. However, the antagonism is often relatively minor and can often be overcome by selecting the right formulation with perhaps a minor rate adjustment.

Some recent research by a former AHRI researcher Jingbo Li and others shows that glyphosate resistance changes this. They studied two populations of barnyard grass with relatively low-level glyphosate resistance and found that when 2,4-D Amine or Ester was added to the tank with glyphosate, barnyard grass control was greatly reduced. They went on to discover that this is due to an effect on uptake and translocation. 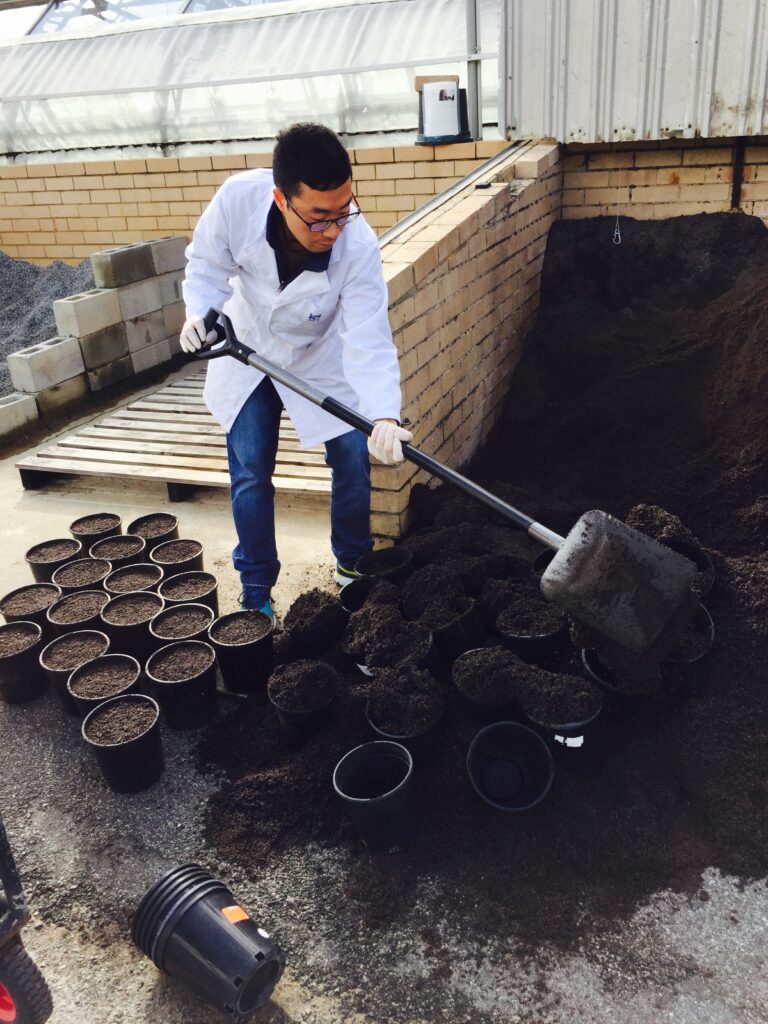 Awnless Barnyard grass (Echinochloa colona) is a weed of northern Australia which has recently become more difficult to manage due to glyphosate resistance. 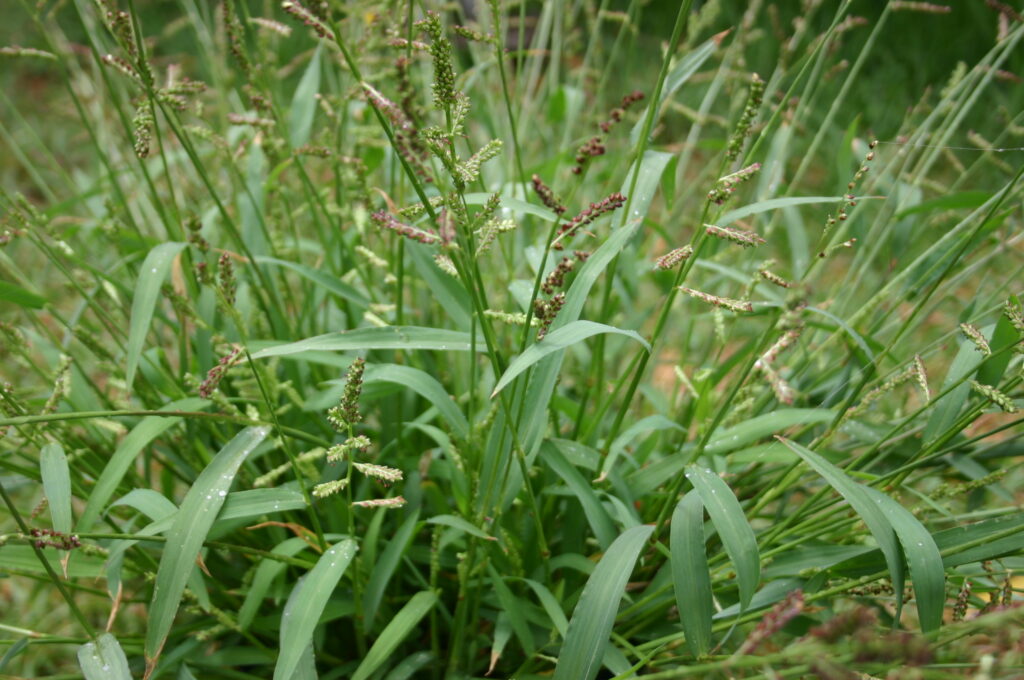 The AHRI researchers started with a population of susceptible barnyard grass and found that a low rate of glyphosate resulted in 100% control of 3 leaf plants. Adding 2,4-D Amine to the glyphosate reduced the level of control slightly.

The next step was to test glyphosate and mixes with 2,4-D on some barnyard grass with low level, 2-fold resistance. This population has the EPSPS P106L target site mutation. This time it took 1L/ha glyphosate 540 (Roundup Powermax) to control 100% of the plants. The addition of either 2,4-D Amine (Amicide Advance 700) or 2,4-D Ester (Estercide Xtra 680) resulted in severe antagonism of the glyphosate and 85% to 90% of the grass survived. 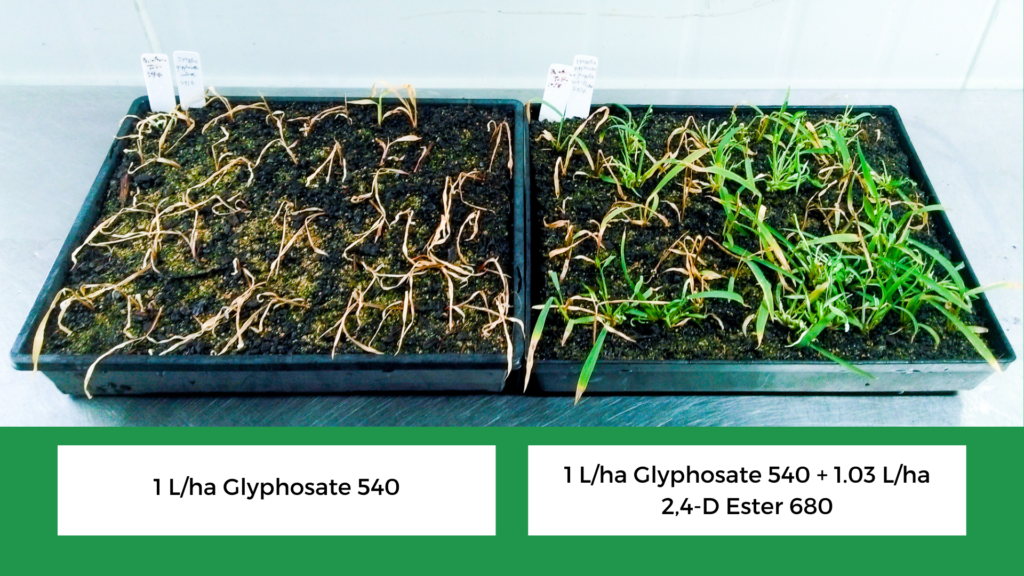 The researchers then tested a population of barnyard grass with medium level, 8-fold resistance to glyphosate mainly due to non-target site resistance mechanisms (e.g. glyphosate metabolism). This population took 3L/ha Roundup Powermax to achieve 100% control and once again the addition of 2,4-D led to severe antagonism of the glyphosate.

Table 4: Absorption and translocation of 14C-glyphosate applied with or without 2,4-D to a single leaf of glyphosate resistant barnyard grass.

In some cases, 2,4-D can cause antagonism of a mixing partner herbicide, and other times it can be synergistic. Watch this space for more to follow in future editions of AHRI insight.

When we are applying herbicides to susceptible weeds, the reality is that we are often high on the dose response curve and we don’t notice low level antagonism from mixing partners. When applying herbicides to weeds with low to medium level resistance we are often applying just enough herbicide to kill the weed, and any antagonism of this rate of herbicide will lead to reduced weed kill. We have known for some time that mixing 2,4-D products with glyphosate can cause minor antagonism for grass weed control and this research demonstrates that this is now of particular importance when we are dealing with glyphosate resistant weeds.

Herbicides used in this study