HomeArticlesHere’s a quick (free) way to test a new tactic

Here’s a quick (free) way to test a new tactic

Should I buy that chaff cart or is narrow windrow burning of my pulses and oilseeds enough?  What if you could put it to the test for your farming system, in ten minutes, for free?

Would you give it a shot?

“All computer models are wrong, but some are useful”. The RIM (Ryegrass Integrated Management) computer model is certainly useful, and is definitely accurate enough to put you in the ballpark.

RIM is USEFUL because it allows you to put a lot of ideas about ryegrass seed bank management to the test using computer simulation before implementing the strategies in the field.

RIM is relatively ACCURATE because ryegrass is a fairly predictable beast, and RIM is loaded with many years of research and experience of ryegrass biology and seed bank dynamics.

Learn about the new version of RIM and download it for free – and put your weed management theories to the test.

Your 10 minute guide to using RIM to make you money

We can reduce the decision making risk a little further – here’s a quote from a grower who tested his theory with RIM and then took a (more informed) leap:

“In the late 90’s I attended a RIM workshop.  The only way I could get my 100% crop system to work in RIM was to add a chaff cart.  So that’s what I did, I bought a chaff cart.  I now have two chaff carts, I never miss an opportunity to stop weed seed set, and I have never looked back.  My weed numbers are low and I have never taken a paddock out of crop for weeds”- Lance Turner, grain grower, East Pingelly, Western Australia. 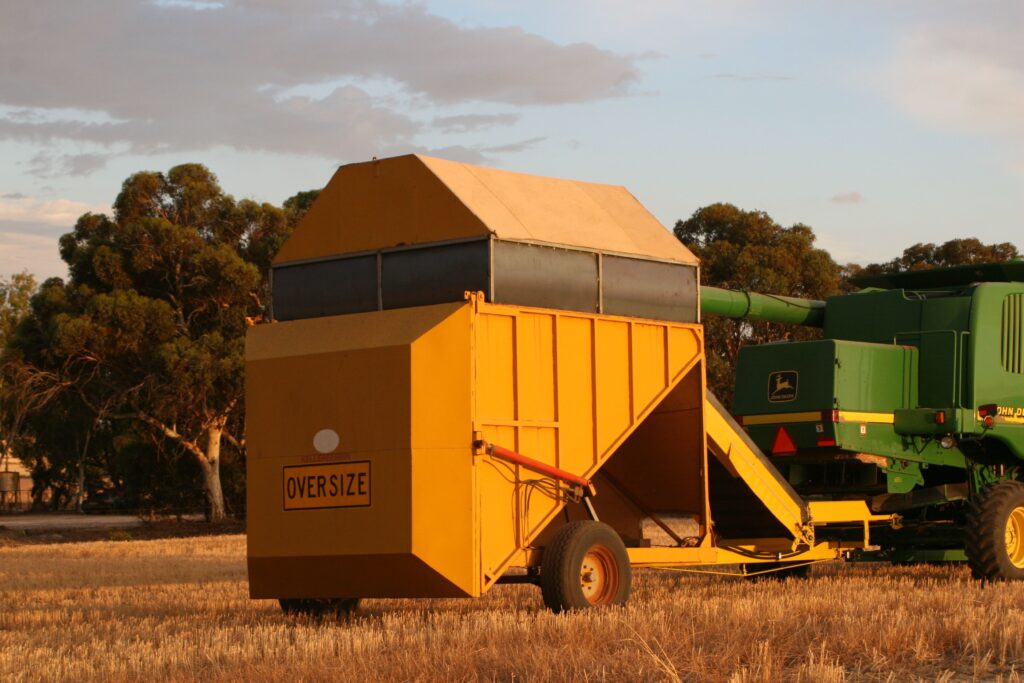 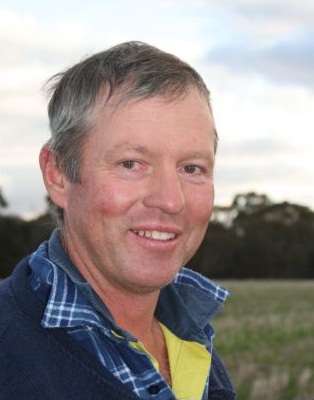 Key takeaway? RIM is a decision support tool. It can’t make a decision for you, but it certainly can help YOU make a better decision.

If you’re not sure exactly where to start, here’s a more in depth look at a typical RIM scenario.

RIM simulation demonstrates a gross margin of $208/ha with the ryegrass seed bank blowing out. 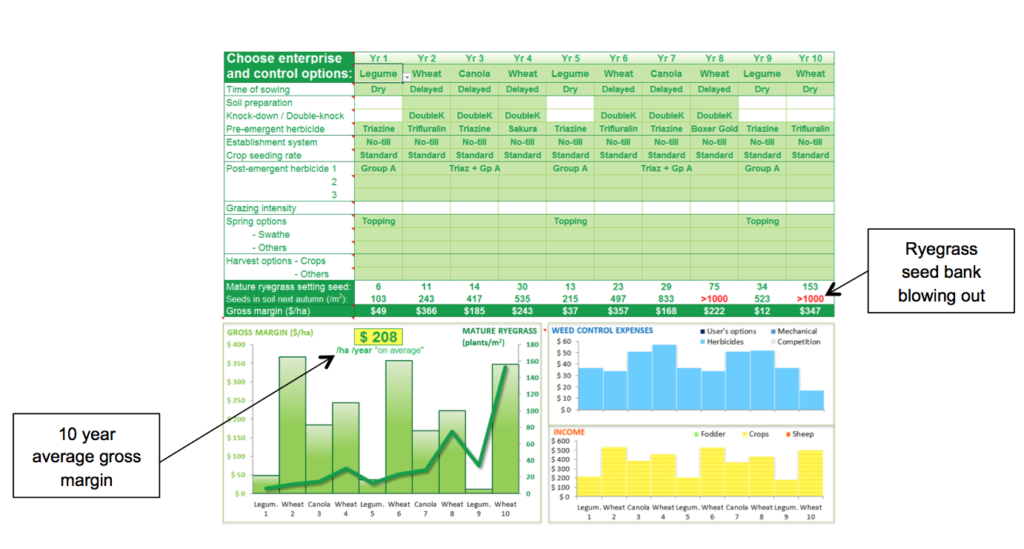 Now we add a chaff cart every year removing 70% of the ryegrass seed (typical result for chaff cart).  (Note: the cost of purchasing, running and financing the chaff cart are included).  The gross margin improves to $227/ha and the ryegrass seed bank is now eroding rather than ‘blowing out’.

How does the chaff cart every year compare to burning narrow windrows in just the lupin and canola years? (Note: the cost of nutrient removal is not included). Slight improvement in the gross margin and now the seed bank is roughly holding level rather than eroding.

This is just one example of how you can use RIM to test a few scenarios.  All you need is about 10 minutes. 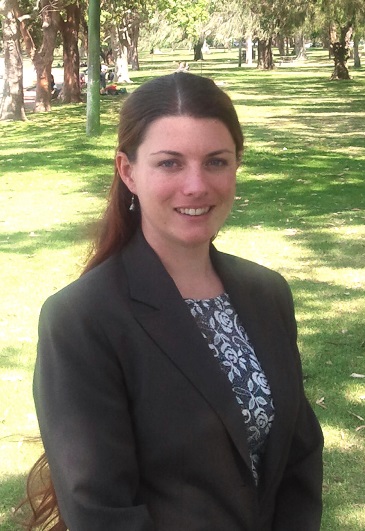 Annual ryegrass is predictable. Its seed bank longevity, germination, seed production and dormancy are well understood. Ryegrass also happens to be one of Australia’s worst weeds and is known as the herbicide resistance world champion.  This makes ryegrass a great species to model.

The Ryegrass Integrated Management (RIM) model was originally developed by UWA economist David Pannell together with Vanessa Stewart from DAFWA, AHRI Director Stephen Powles and others.  A RIM workshop was developed and was delivered to hundreds of growers and agronomists around Australia.  The original RIM model was a success story with many growers and agronomists citing that they learned lessons from RIM that continue to apply now.

The word algorithm gives many of us a cold shiver, but not AHRI researcher Myrtille Lacoste.  Myrtille spent a year, deeply burying herself in the inner workings of RIM, giving it a well needed facelift and re-vamp.  She took an already great computer model and made it excellent.  RIM is now easier to use than ever and includes updated and new weed management tactics.

After consultation with a wide cross-section of researchers, growers, agronomists, economists, weed biologists and programmers / modellers, Myrtille set about making changes to RIM. The most significant of these included improving the usability of the interface.  There are now several new weed control options along with charts that demonstrate gross margin, costs and income. There is also a new function that makes it easy to compare the results of different strategies.

One very important aspect of RIM is the inclusion of economics.  While RIM only calculates a simple gross margin, this can be very useful for comparing between options.  There is no point in having a weed free farm if it is not profitable.  RIM allows the user to compare options based on both long term profit and weed seed bank.

RIM is a decision support tool.  It doesn’t make the decision for growers or replace expert advice, it helps them make decisions.  When making big decisions about the future, especially those that require spending money, more information reduces the risk.  No, RIM is not real life, however, computer simulation of ryegrass by software that is loaded with years of research data, is a whole lot better than guessing.