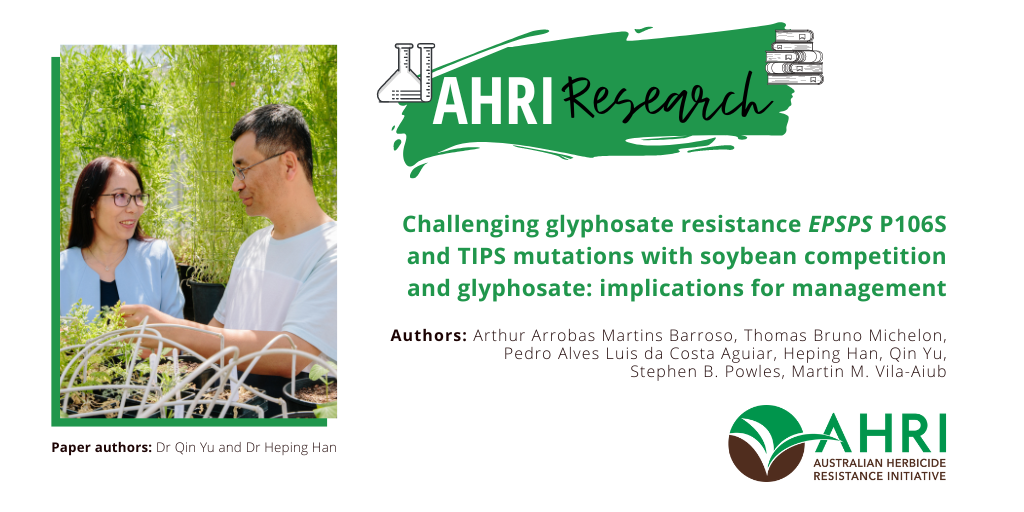 Here, experiments were conducted to evaluate the single effect of soybean competition and its combined effect with a glyphosate field dose (1,080 g a.e. ha-1) on the growth and fitness of plants carrying these glyphosate resistance endowing target site mutations.

Glyphosate treatment of these glyphosate-resistant TIPS plants showed an increase in growth relative to those without glyphosate.

However, under the combined effects of both soybean competition and the field recommended glyphosate dose, vegetative growth, aboveground biomass, seed mass and number of P106S and TIPS plants were substantially limited (up to-99%).

The ecological environment imposed by intense competition from a soybean crop sets a significant constraint for the landscape level increase of both the E. indica single and double glyphosate resistance mutations in the agroecosystem and highlights the key role of crop-competition in limiting the population growth of weeds, whether they are herbicide-resistant or susceptible.