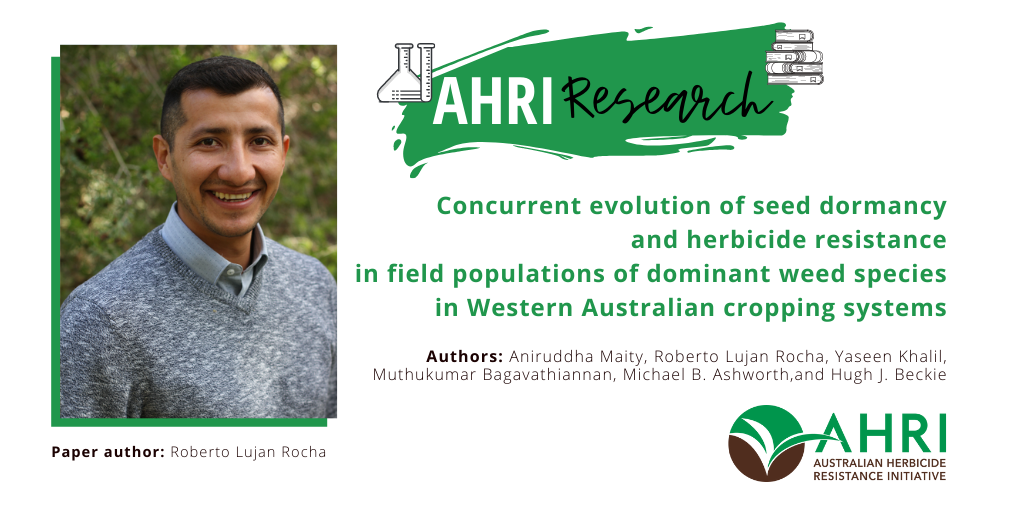 Herbicide resistance, documented in many economically-damaging weed species, is a major threat to global crop production.

The injudicious use of herbicides, often in the absence of diverse weed control strategies, poses an immense selection pressure on weed communities for resistance evolution and weed adaptive traits such as high seed dormancy.

Field-collected populations that were exposed to herbicide applications for at least the past 5 years exhibited significantly greater seed dormancy compared with their counterparts present in ruderal areas within the same geographical area.