They said it couldn’t be done – climbing Everest, flying to the moon and even deep-frying Mars bars. We were also told that we couldn’t reverse herbicide resistance. In the majority of cases, the experts are right – herbicide resistance is permanent, and we thought that was the case for all resistant weeds.

The researchers suspect that this is due to the P450 enzymes involved in metabolic resistance and more research will confirm this.

What do we do with this information? Should we try and reverse trifluralin resistance in the field by evolving prosulfocarb resistance, or are we better to simply mix trifluralin with prosulfocarb and other pre-emergent herbicides to maximise efficacy and slow the evolution of resistance?

Some of the great discoveries in science are accidental, just as Alexander Fleming discovered penicillin and changed medicine forever, Roberto Busi accidentally discovered reversing trifluralin resistance. It remains to be seen whether this changes herbicide resistance forever! 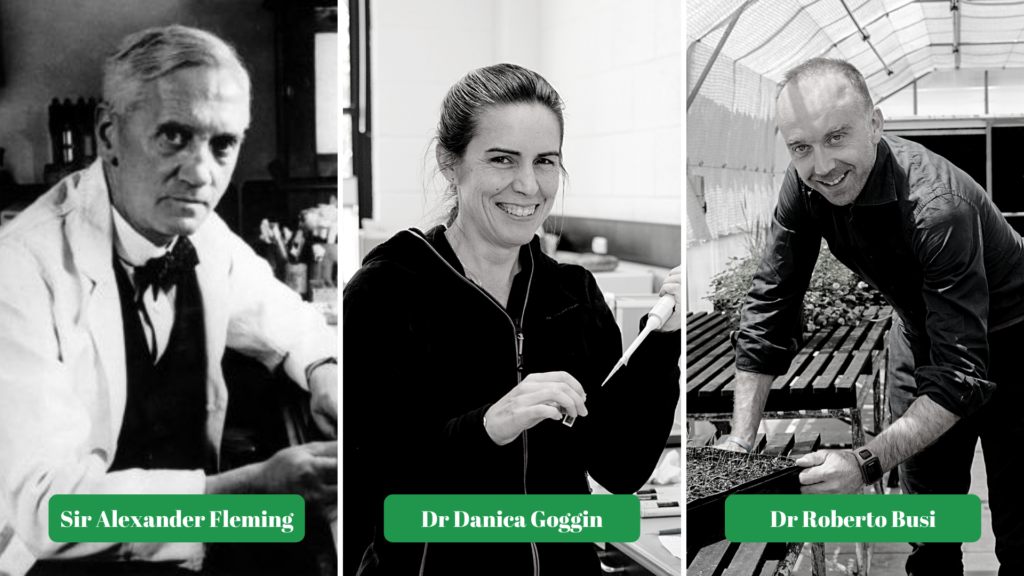 Roberto has used recurrent selection in the lab to ‘breed’ resistance to several herbicides including pyroxasulfone (e.g. Sakura) and prosulfocarb (e.g. Arcade). Recurrent selection involves spraying a population of ryegrass with a herbicide, then ensuring that the survivors cross-pollinate with each other and collecting the seed. In each case at least 100 plants were sprayed and at least 10 survived which were isolated so they could cross only with each other.

This important research has helped us understand the risk of evolving resistance to these herbicides in the field.

SLR31 was selected with Sakura (pyroxasulfone) four times then twice with Arcade (prosulfocarb). These six rounds of recurrent selection resulted in 61% resistance to prosulfocarb at 1000 gai/ha. At the same time, trifluralin resistance dropped from 45% to 0 – 2%.

Now for the difficult task of explaining what we believe is happening here and who better to help than biochemist Danica Goggin. Danica teamed up with Roberto to measure the metabolism of trifluralin as well as study the P450 enzyme activity using the P450 inhibitor, phorate.

Stay with me here, let’s take it one step at a time.

One of the main mechanisms of trifluralin resistance is metabolism based resistance by P450 enzymes. We know this because when researchers use a P450 inhibitor such as phorate, they can switch off the resistance. That is exactly what Roberto and Danica did in this study. For example, for the SELR68-P0 population, pre-treating the ryegrass seeds with phorate reduced trifluralin survival from 41% to 4%. Turning off the P450’s with phorate turned off the resistance.

When prosulfocarb is first taken up by a ryegrass plant, it’s not herbicidal. Prosulfocarb must be activated within the plant by a P450 enzyme to become herbicidal. This is what we call a pro herbicide. P450 is short for P450 mono – oxygen – ase (they add one oxygen to a molecule). Once inside the plant, a P450 adds an oxygen to prosulfocarb, and we have an active herbicide. Other examples of pro herbicides include clomazone and triallate (Avadex).

If prosulfocarb needs activation by a P450, what happens if these P450s disappear? You guessed it, prosulfocarb doesn’t get activated and it doesn’t work anymore. In this study, Danica and Roberto treated prosulfocarb susceptible ryegrass with the P450 inhibitor phorate and stopped prosulfocarb from working. The researchers strongly suspect that the absence of one or a number of P450s is what is causing prosulfocarb resistance. This will be the subject of further research.

What if the P450/s that disappeared from this population to cause prosulfocarb resistance are the same ones that cause trifluralin resistance?

I was in Roberto’s office a couple of years ago when he told me this and I high fived him! 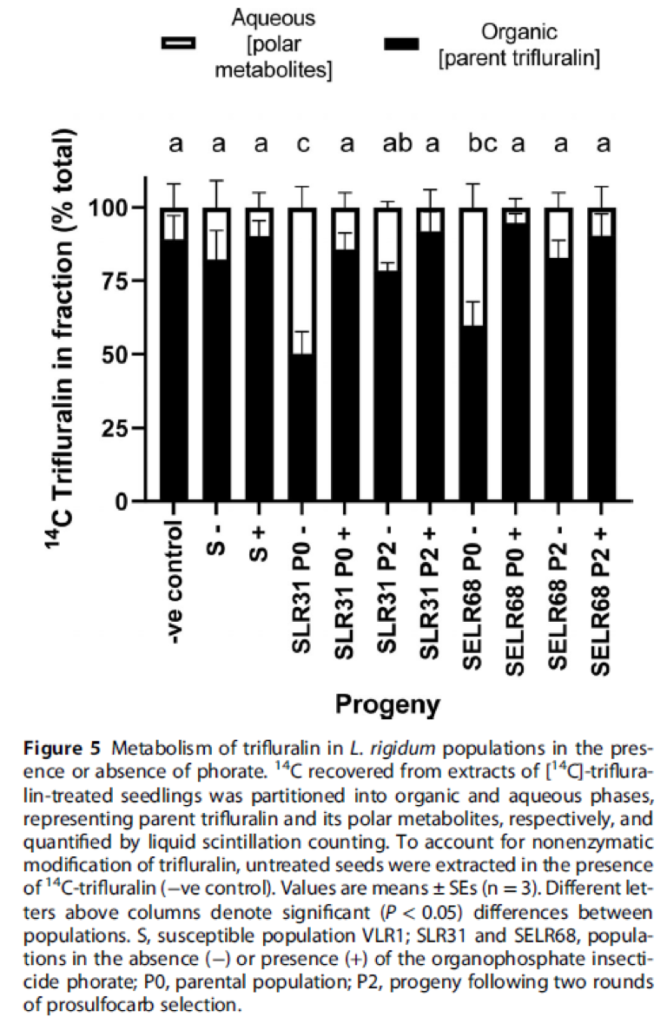 What should we do with this information?

Secondly, we should all high five Roberto and Danica! It’s a pretty amazing piece of research.

Paradigms were made to be broken. We thought that herbicide resistance was always permanent and that a Mars bar would not survive being battered and dipped into boiling oil, but we weren’t to know that the AHRI researchers would bust one myth and some hungry, ingenious Scotsmen would bust the other!