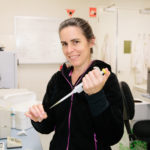 The Sakura rugby team were formidable. They would turn up to play every game at the Ryegrass Cricket Ground (RCG – also known as the G) and win every game for ten years in a row. They were better in the wet than the dry, but regardless of conditions they were never beaten. Having no opposition every game perhaps had something to do with it! Then one day they turned up for their usual game, feeling relaxed, until they realised they had an opposition, the GSTs. The GSTs were huge (think a team of Jonah Lomu’s) and there were about 40 of them. The whistle blows and Sakura begin to run the ball forward when the first tackle occurred, and it wasn’t pretty. One of the GSTs grabbed a Sakura player and tore him in half, and then continued to hold on to half of the player until the end of the game. This went on and on until every Sakura player was treated in the same way. Sakura resistance had arrived, and GST was the mechanism.

When we have a grass herbicide that is tolerated by a grass like crop such as wheat, there is always the risk that the weeds will “copy” the wheat and use the same mechanism to evolve resistance to the herbicide. That is exactly what has happened with the ryegrass herbicide, Sakura® (pyroxasulfone).  Sakura® has been an excellent herbicide over the past 10 years in Australia, and just as its patent draws to a close, we are beginning to see widespread resistance to this herbicide.

AHRI researcher, Dr Danica Goggin and others have recently discovered how ryegrass has evolved resistance to Sakura.  It’s all about GSTs. Not the tax type, rather, gluthione transferase. 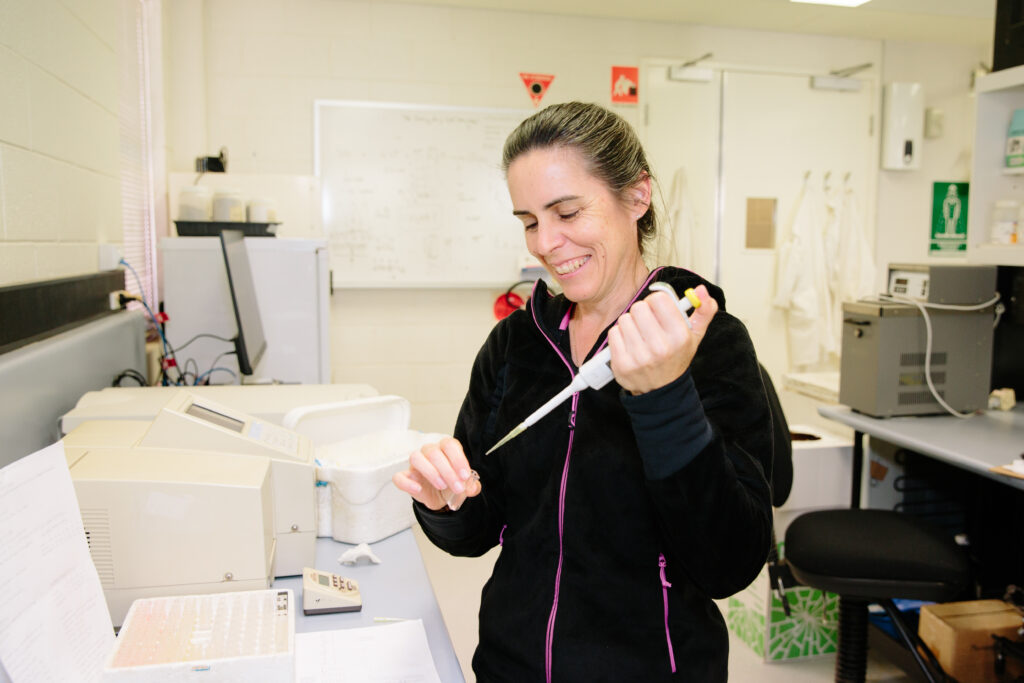 Wheat uses GSTs to detoxify and tolerate Sakura, and ryegrass has now evolved to do the same thing, although the ryegrass is not as tolerant as the wheat. The researchers found that it is up regulation of GSTs in the roots of the plant that causes the resistance.

GST is another form of metabolic resistance, and the mechanism is in the name – glutathione transferase. Glutathione is a large molecule that is transferred onto the Sakura molecule, and in the process, Sakura is chopped in half, resulting in two molecules that no longer look or act anything like Sakura does.

This is high level research, and it may just help us understand how we can squeeze a little more life out of Sakura® despite the resistance to this herbicide. 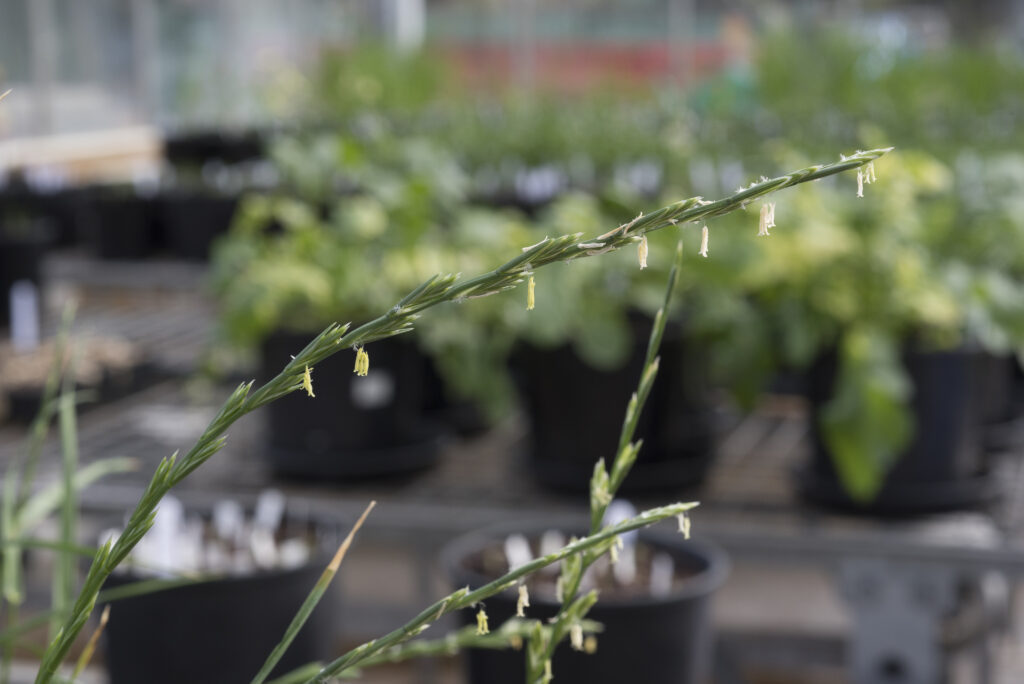 One of the formidable ryegrass players at the Ryegrass Cricket Ground.

You will remember a few years ago when Dr Roberto Busi “bred” Sakura” resistance in the lab. He started with some ryegrass that was already resistant to several herbicides and exposed it to several generations of low doses of Sakura, resulting in Sakura resistant ryegrass. It’s this ryegrass that was used in this study by Danica Goggin and others to understand the mechanism.

The short story is they discovered that glutathione transferase (GST) detoxifies Sakura as per the reaction below. Sakura (pyroxasulfone) is bound to glutathione (GSH), Sakura is chopped in half, and the result is a large molecule that is made up of half of the Sakura molecule joined to glutathione called GSH conjugate (conjugate simply means joined together). The other half of Sakura is left over (pyrazole sulfonic acid) and this has no herbicidal activity.

GST levels in wheat were about 18 times higher than susceptible ryegrass.

GST levels in Sakura ® resistant ryegrass were about 3 times higher than susceptible ryegrass.

It’s all about the roots

The researchers measured GST levels in various plant parts and concluded that there was more up-regulation of GSTs in the roots of resistant plants than in the shoots or seeds. This stands to reason as Sakura is a root uptake herbicide. 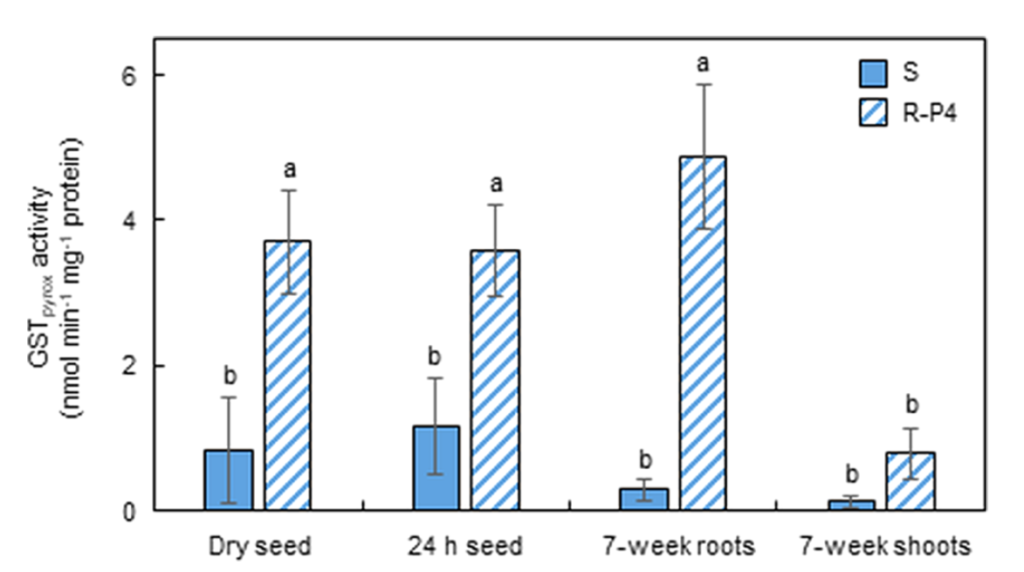 I’m sure you’ve heard us carry on about how effective herbicide mixes can be, well this research may be about to explain why.

The fact that the resistance levels of ryegrass to Sakura® had plateaued after several selections with the herbicide suggest that up-regulation of GSTs in annual ryegrass may have its limits.  This is where herbicide mixtures may help in two different ways: