What doesn’t kill you…

When it comes to trifluralin resistance, both are true.

The AHRI work, led by Yanhui Wang, a visiting Chinese researcher, investigated the fitness of annual ryegrass with target-site resistance. For one mutation, they found a 99.9% fitness cost! In other words, the resistant plants barely grew at all and most could not set seed. How good would it be if a plant could be killed by either the herbicide, or the herbicide resistance mutation?? Win-win!!

In other news, they also found a resistance mutation where the trifluralin resistant ryegrass had a fitness advantage. In other words, the resistant plants were “super ryegrass” that were bigger and stronger than normal ryegrass. Lose-lose.

Guess which one is the most common resistance mutation?

Target site mutations can cause resistance in a weed so that the herbicide can no longer bind (or binding is not perfect) to that target site. This mutation can also affect the general function of the plant, reducing the growth of the plant. This is called a fitness penalty. Some resistant weeds are as fit and strong as the susceptible weeds, and others are less fit.

These were compared to a “Wild Type” (WT) – standard ryegrass with no trifluralin resistance mutation.

The graph and images below are of ryegrass grown in pots on their own with no competition. It is very clear that 243Met barely grew at all while 202Phe had increased growth compared to the WT (standard ryegrass) population. Root growth was affected in a similar way. 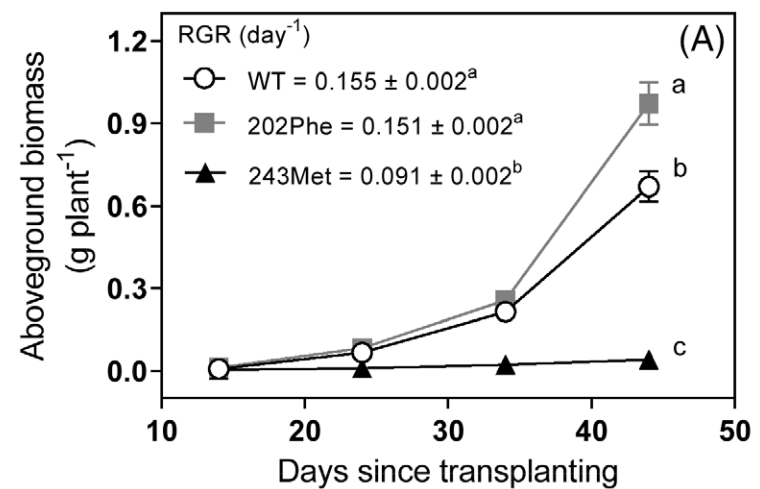 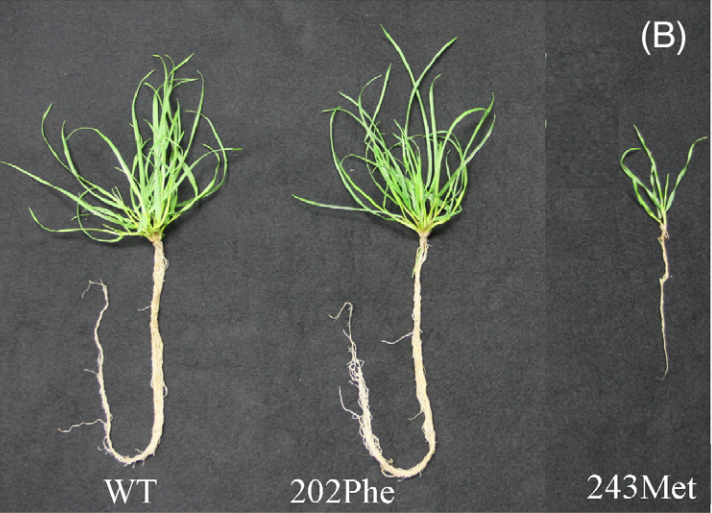 Now throw in some crop competition 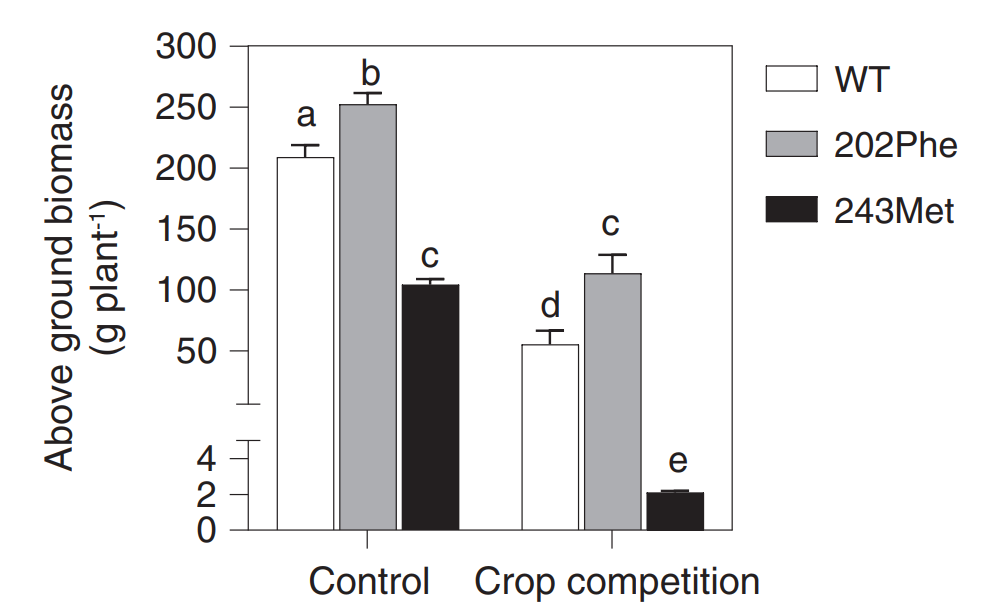 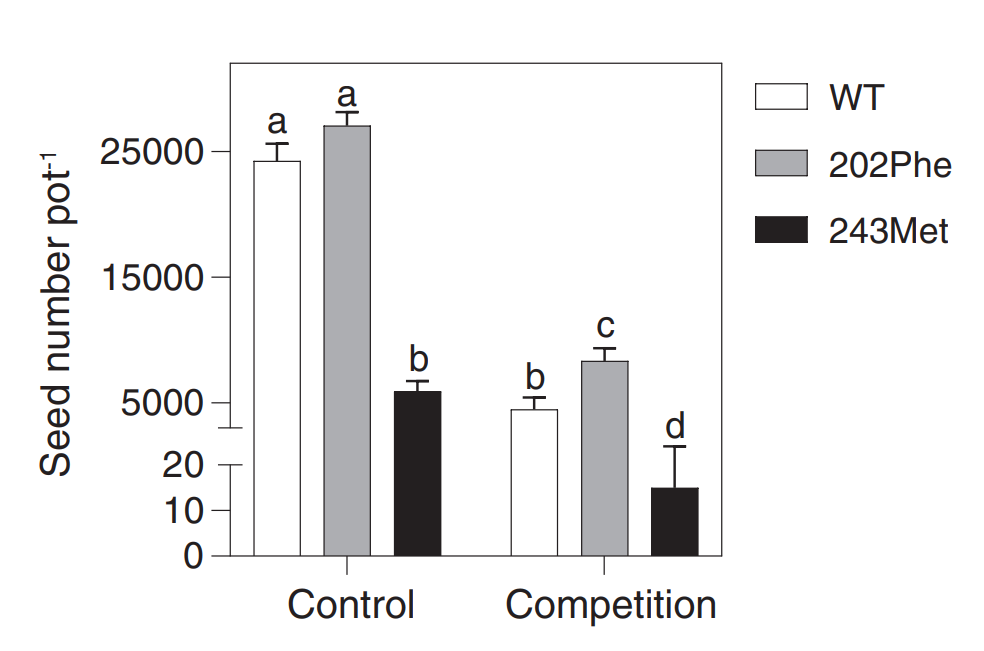 The chart below shows that wheat struggled to compete with the very fit 202Phe population compared to the insipid 243Met population. 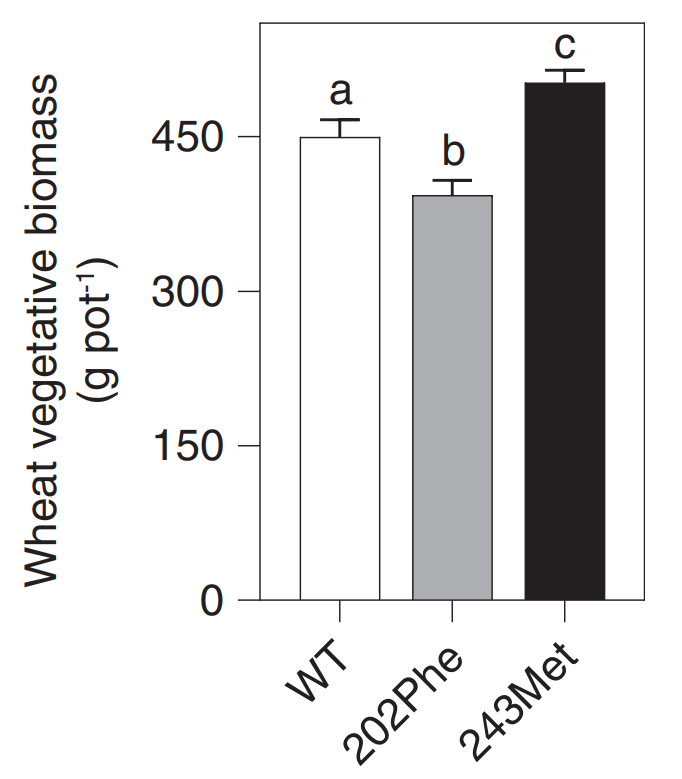 The most common mutation?

You guessed it! The 202Phe mutation is the most common. It would be lovely if the near lethal 243Met mutation was the most common, and the more trifluralin we spray, the more we select for this mutation, and ryegrass completely disappears from our cropping systems. But alas, this makes no sense from an evolutionary perspective and, unfortunately, is not to be. In fact, the more trifluralin that we spray, the more we select for the 202Phe mutation, and the fitter and stronger ryegrass gets.

In a fairy-tale twist to this story (pun intended) it may even be possible to pick the 243Met mutation by eye in the field. These resistant plants exhibit a right-handed helical growth habit in the early stages of plant growth. In other words, the young leaves are twisted to the right. Now you can impress your friends in the field, “aha, I see this Lolium rigidum contains the Arg243Met mutation on the α-tubulin gene”. Thank you, Poindexter. 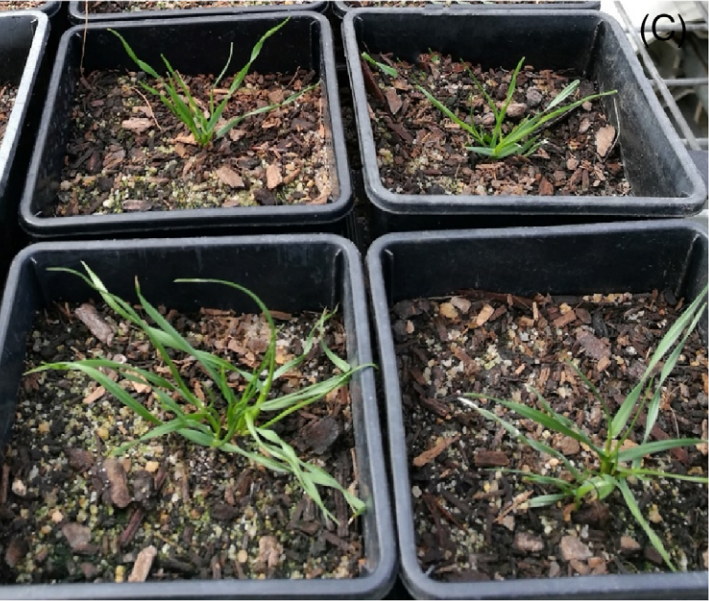 Unfortunately, nature bats last and evolution always wins. The AHRI researchers discovered a resistance mutation that is nearly lethal to the plant, but the reality is that this will remain rare in the field. In fact, the common trifluralin resistance mutation results in ryegrass plants with a fitness advantage. Fortunately, this is not the case for the vast majority of other target-site resistance mechanisms.