HomeArticlesTurning up the dimmer switch on P450s

Turning up the dimmer switch on P450s

If you cut your finger off, you are not at an elevated risk of producing children with fewer fingers.

But…if you feed a mouse a high-fat diet before and during pregnancy, it’s likely to have offspring with a sweet tooth who are at higher risk of obesity. This is epigenetics at play. Epigenetics is the study of changes in organisms caused by modification of gene expression rather than alteration of the genetic code itself. We are accustomed to discussing herbicide resistance due to changes in the genetic code (such as target-site mutations).

AHRI researcher Qin Yu recently teamed up with a team of Chinese scientists to show that a case of metabolic resistance in Barnyard grass in China is likely associated with epigenetics. There were no changes to the genetic code of the plant, but there were changes in the expression of a specific P450 gene. The dimmer switch was turned up, more P450 enzymes were produced, and resistance to SU herbicides resulted. And, as we often see with metabolic resistance, there was also cross resistance to group 1 (A) herbicides despite them never being applied to the field.

This is high-level science that can be difficult to get your head around, but it’s important because it paves the way to understanding cross-resistance between herbicides that we are seeing in Australia.

Barnyard grass (Echinochloa crus-galli) is a major weed of rice globally. Rice yield reduction across the globe due to this weed is about 35%, so it’s a pretty big deal. Not as big a deal as Ron Burgundy. But a big deal. 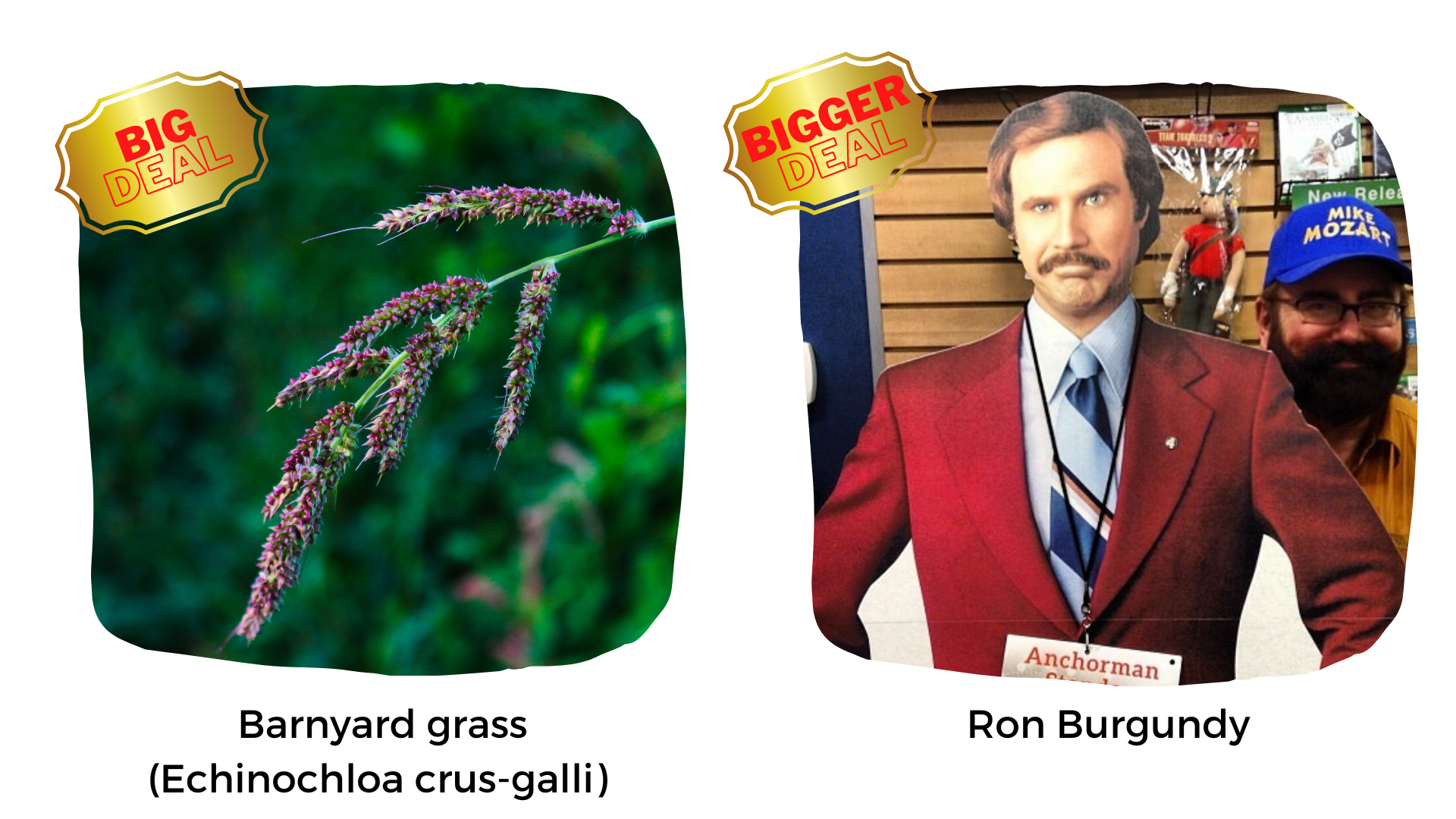 Control of Barnyard grass relies heavily on ALS herbicides (SU herbicides) such as penoxsulam. In this study, penoxsulam was used extensively and 12-fold resistance evolved as you can see in the dose response below. 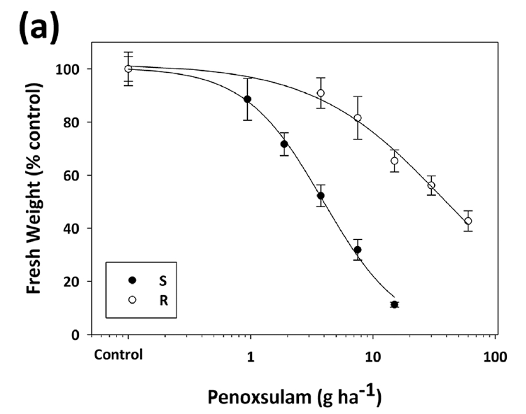 The researchers then discovered that this Barnyard grass was cross resistant to the Group 1 (A) herbicide cyhalofop-butyl despite this group of herbicides never being used on this population. The dose response curve below demonstrates this resistance and it turns out that this resistance level is also 12-fold. 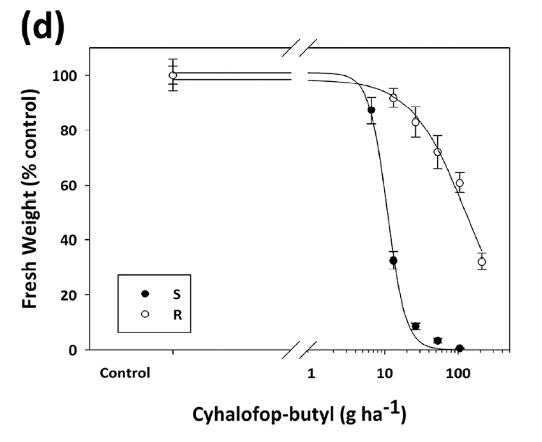 The researchers then used gene sequencing to look for all the known target site mutations that cause ALS resistance and found nothing, so they suspected that metabolic resistance was at play.

CYP is short for Cytochrome P450 enzymes, and scientists name these enzymes with the acronym CYP at the start of the name. There is a global effort to understand these genes which helped the researchers to zero-in on the gene at the centre of this resistance. They found that a gene called CYP81A68 was expressed higher in the resistant plants. There were no genetic changes to this gene, but the dimmer switch was turned up, and more of the enzyme was produced. This in turn led to higher levels of metabolism of the herbicide which caused the resistance.

Promoter is a sequence of the DNA that tells the gene when it needs to express and then translate that gene into a protein. These promotors are effectively the dimmer switch.

This dimmer switch function can be modified (enhance or depress) by DNA methylation. The scientists think that more methylation in the promoter sequence leads to less expression of the gene, but this is all the subject of future research to further understand this type of herbicide resistance.