Wolf! Wolf! I promise you, there really is a wolf this time!!

We are well known for making noise every time we find a new herbicide-resistant weed, and you may get a little numbed to more bad news. This time we want to let you know that we really are concerned about this new example of resistance. If you see wild radish flowers in your cereal crops, please take a sample and test them!

Wild radish had us just about beaten at the end of the ’90s in the northern wheatbelt of Western Australia. The lupin : wheat rotation had been running for about 20 years, with little diversity in herbicide choice. Resistance was rife and the crops were weedy. We believed that wild radish was going to be the weed that beat us and local shires were in the process of changing their floral emblem to a wild radish flower. If you can’t beat em, join em!

Growers adapted, more canola was sown, fewer lupins, and in 2009 a knight in shining armour came riding over the hill on a white horse. Velocity® herbicide had arrived. A new mode of action (HPPD inhibitor) and as safe as houses on the wheat crop thanks to a safener. A grain grower and agronomist’s dream come true and clean crops resulted. Many growers also took up harvest weed seed control around this time which happens to work really well on wild radish.

I know what you’re thinking, you would never do that, right? Consider then another paddock that had eight cereal crops in 12 years with eight shots of Velocity that has also tested as resistant. This paddock was in a canola : cereal : cereal rotation. There are plenty of paddocks with this rotation with an extensive Velocity® history.

The research also showed there was cross-resistance to the similar herbicides Frequency® (topramezone) and Callisto® (mesotrione), but there’s an interesting twist in the Callisto® resistance story as Callisto® applied pre-sowing appears to work.

We knew this day would come, I guess we hoped it would be after 20 years, not 12. 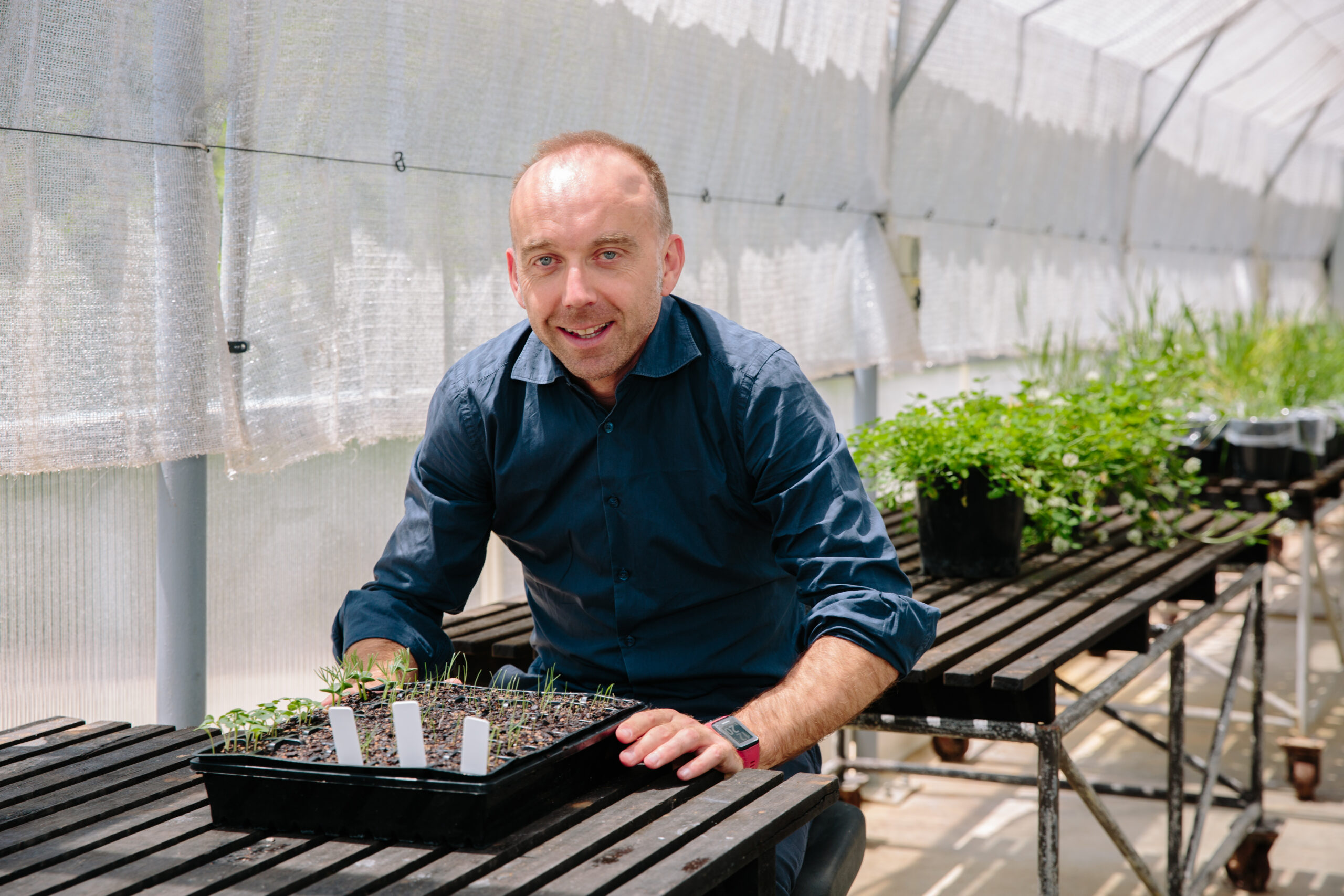 At the end of 2019, Roberto Busi started a new herbicide resistance testing service based at UWA. Growers and agronomists sent in about 500 samples of ryegrass for testing as well as 121 samples of wild radish. Two of these wild radish populations, sampled by agronomists, had survivors to Velocity® and Roberto embarked on extensive glasshouse and field testing.

Sample 86 (solid line with circles in graph below) – Medium rainfall region in the northern wheatbelt of Western Australia. Canola : cereal : cereal rotation. We believe it had eight shots of Velocity + 2,4-D or MCPA between 2009 and 2020 but early records are hard to come by. Started with a very high seedbank in 2012 and there has been definitely a shot of Velocity® in every cereal since this time.

Susceptible (solid line with triangles in graph below).

The dose-response curves below demonstrate the survival of 3 to 4-leaf radish plants in pots. Keep in mind that the upper label rate of Velocity is 1 L/ha and this contains 37.5g of Pyrasulfotole and 210g of Bromoxynil. This shows greater than 50% survival to the full label rate of Velocity® for the two resistant populations.

The graphs also show how important bromoxynil is in the mix. This is true synergy between the two actives, which is a very rare thing.

Both samples appear to have only marginal and low-level tolerance to bromoxynil which did not set them apart from the susceptible control. The researchers concluded that the main cause of survival to the co-formulation of Velocity® was due to Pyrasulfotole resistance. 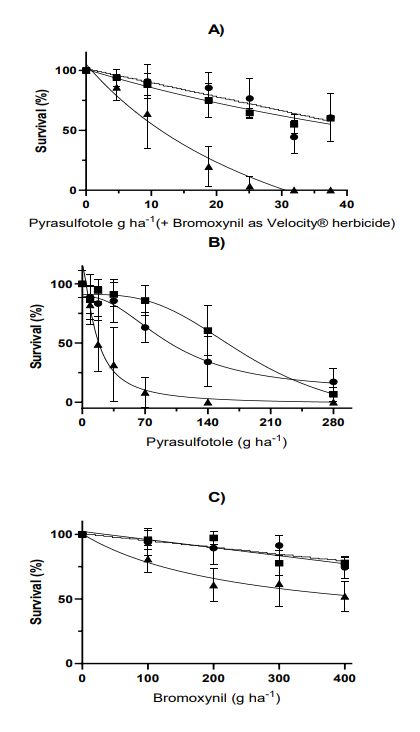 Further testing revealed that these populations of wild radish are also resistant to other HPPD herbicides Callisto® and Frequency® when applied post-emergent. The table below also shows the level of resistance. It’s interesting that there are differences in resistance levels between the actives. For example, sample 91 is 14.3 fold resistant to Pyrasulfotole but only 4.4 fold resistant to Topramezone.

Callisto® (mesotrione) is only registered for use pre-sowing in Australia. The resistance level in the testing above was for post-emergent application. When Callisto® was applied pre-sowing to the resistant populations both in pots and in the field, there was much lower survival of wild radish. A similar phenomenon was observed in the USA in HPPD-resistant waterhemp. This will be the subject of future research to determine if Callisto® may still give acceptable levels of radish control despite resistance to Post-em HPPD herbicides.

Field trial at site of sample 91

A field trial was conducted at the site where sample 91 was collected from in 2021. The results below show that Velocity or Frequency applied post-emergent gave poor control (79 to 87%) due to resistance to these herbicides, but despite this, there are plenty of options that can achieve high levels of control. What we saw in the field reflects the cross-resistance profile detected in pots: resistance to Group 2 (Logran), 4 (2,4-D / MCPA) and 27 (Velocity) with no resistance to Group 12 (Brodal, Glocker) and therefore treatments based on Jaguar and Mateno Complete resulted in >98% efficacy.

The reason that we know about this resistance is because some agronomists took the time to test wild radish for their clients because they didn’t like what they were seeing in the field. If you see weeds surviving a herbicide that previously has worked well for you, don’t assume it was spray conditions or operator error. Assume resistance, take a test, and find out. Knowledge is power!

Velocity® resistant wild radish is here, and with careful management, a healthy dose of the Weedsmart Big 6, and a take no prisoners approach, there is a long future ahead for Velocity® and other similar herbicides.