Wine casks, plastic banknotes, WiFi, the refrigerator, lawnmower and the humble ute (pickup truck) are all Australian, world-first inventions. Which of these makes the biggest difference in your life? As long as it’s not the wine cask you’re doing just fine!

We now have a world first in herbicide resistance.

Glyphosate has been such a successful herbicide largely because plants can’t metabolise it. Metabolism of herbicides means that the plant breaks the molecule into pieces before it can get to the target enzyme that it’s trying to bind to, rendering it ineffective.

In 2011, then Ord River agronomist, Andrew Cripps, was approached by a farmer asking why his Barnyard grass had survived glyphosate. Dr Todd Gaines and Professor Steve Powles visited the northern irrigation region, took samples, and confirmed glyphosate resistance. During this research they noticed that the level of resistance was influenced by temperature, leading them to conclude that the mechanism could be non-target-site metabolism based.

Further research by visiting Chinese researcher to AHRI, Dr Pan Lang under the watchful eye of Qin Yu, concluded that they were looking at the world’s first case of metabolism-based resistance to glyphosate. The culprit? I know it’s on the tip of your tongue! That’s right, it was a member of the superfamily of enzymes, Aldo-keto reductase. 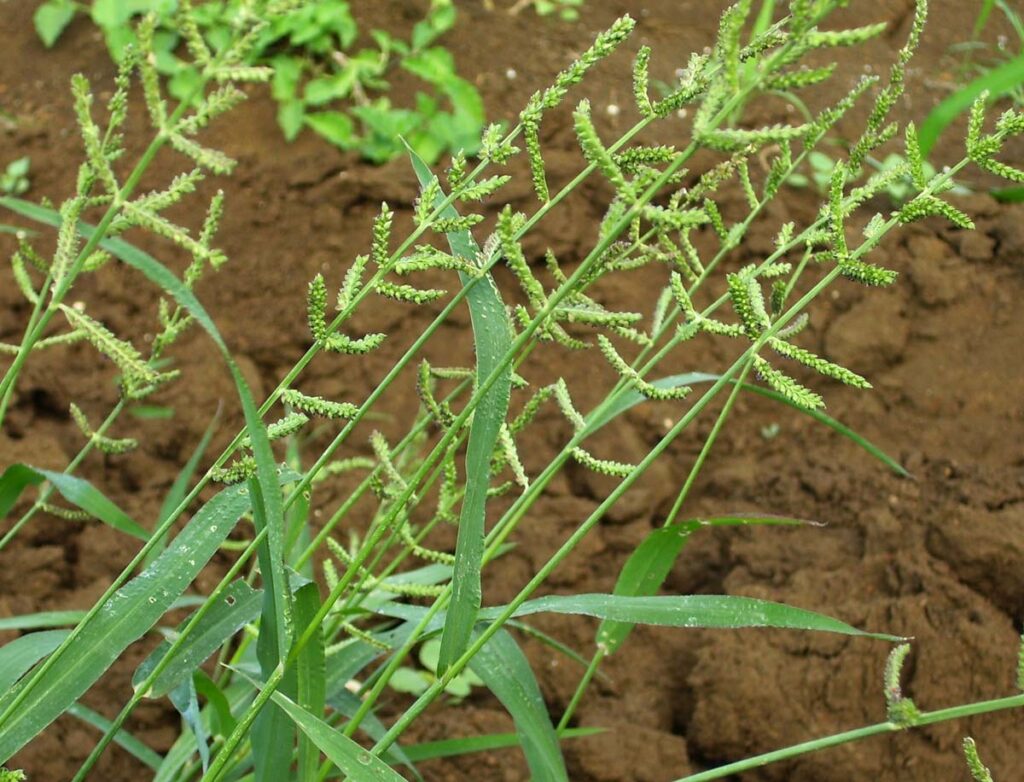 Awnless Barnyard Grass (BYG) Echinochloa colona is a very successful grass weed in tropical Australia. It can germinate at all times of the year with its main germination and growth occurring in the wet season | Source: Tauʻolunga

What led to this resistance?

This population of Barnyard grass was found in one of the more recently cleared areas of the Ord River irrigation area. This is a drip irrigation area so cultivation is not an option for weed control.  Horticultural crops such as melons and pumpkins were commonly grown and the farmers liked to keep the field weed-free during the wet season so that crops could be planted as soon as the wet season finished to take advantage of early market opportunities. The property was aerially sprayed with 5-6L/ha glyphosate, five to six times per wet season for about 12-15 years in a row. This was the first Barnyard grass population to be confirmed resistant to glyphosate in the region and several more have since followed.

The first clue that metabolism was at play was the response to temperature. When resistant Barnyard grass was grown at 35oC/30 oC, all plants survived 540gai/ha glyphosate but only 70% survived when plants were grown at 25oC/20oC.

The researchers used a technique called RNA-seq to look for which gene was involved in this metabolic resistance. Aldo-keto reductase (AKR) enzymes are from a superfamily, so it can be like finding a needle in a haystack. They did find, however, that one particular AKR gene was overexpressed, allowing the plant to make lots of this enzyme. BINGO!

But they couldn’t stop there. They needed to be 100% sure that this AKR enzyme was causing the resistance. The use of rice calli in molecular biology research is powerful.

What is rice calli I hear you ask? Think stem cells. Calli is rice tissue culture that is grown on agar. These calli are like stem cells that you may have heard of that can differentiate into any part of a rice plant. The researchers expressed the AKR gene in the rice calli and then grew that calli tissue culture on agar infused with glyphosate. BINGO! They confirmed that the overexpression of this AKR gene was responsible for the resistance. 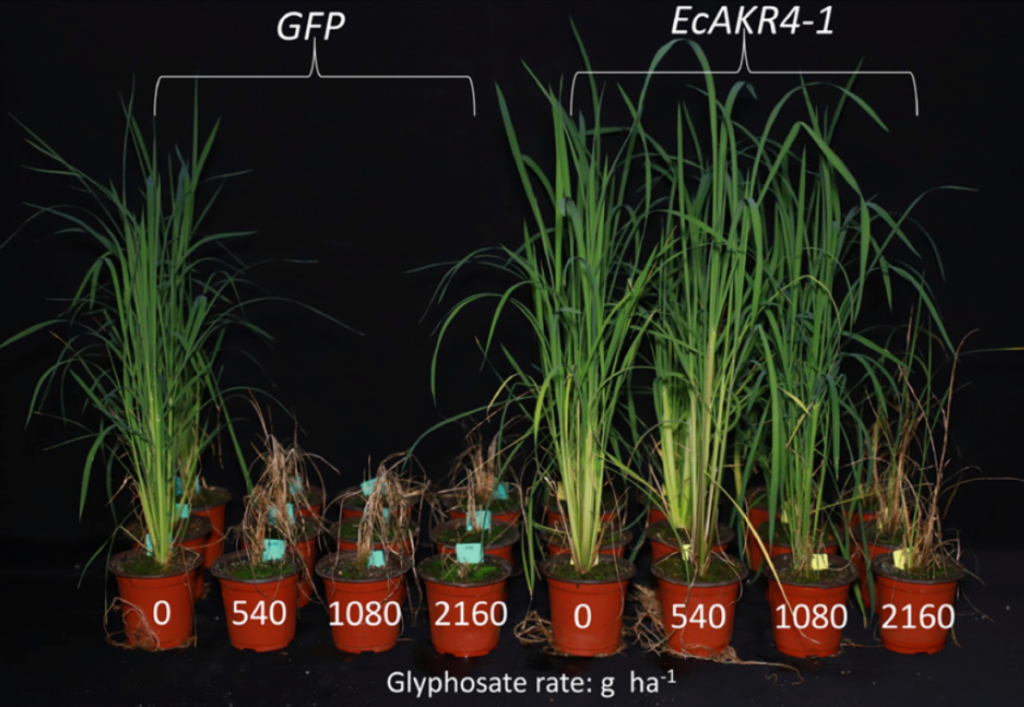 So, how does glyphosate metabolism actually work?

How does it all work? In simple terms, the glyphosate molecule is broken in half by the AKR enzyme. The bits that it’s broken into are called the metabolites. One of these, AMPA, still has some herbicidal activity, so the plant has more work to do to break down AMPA before it’s in the clear.

The research expressed the AKR gene in bacteria (E.coli), allowing production and purification of the AKR enzyme. Then they incubated the AKR and glyphosate. BINGO! They found all glyphosate were converted by AKR to AMPA and glyoxylate.

This research goes to show that there’s always another mechanism! In the past, we have seen several glyphosate resistance mechanisms, but never metabolism-based resistance. Evolution in action makes anything possible! This is a world first, and with new research techniques being developed to identify these mechanisms we’re sure it won’t be the last. 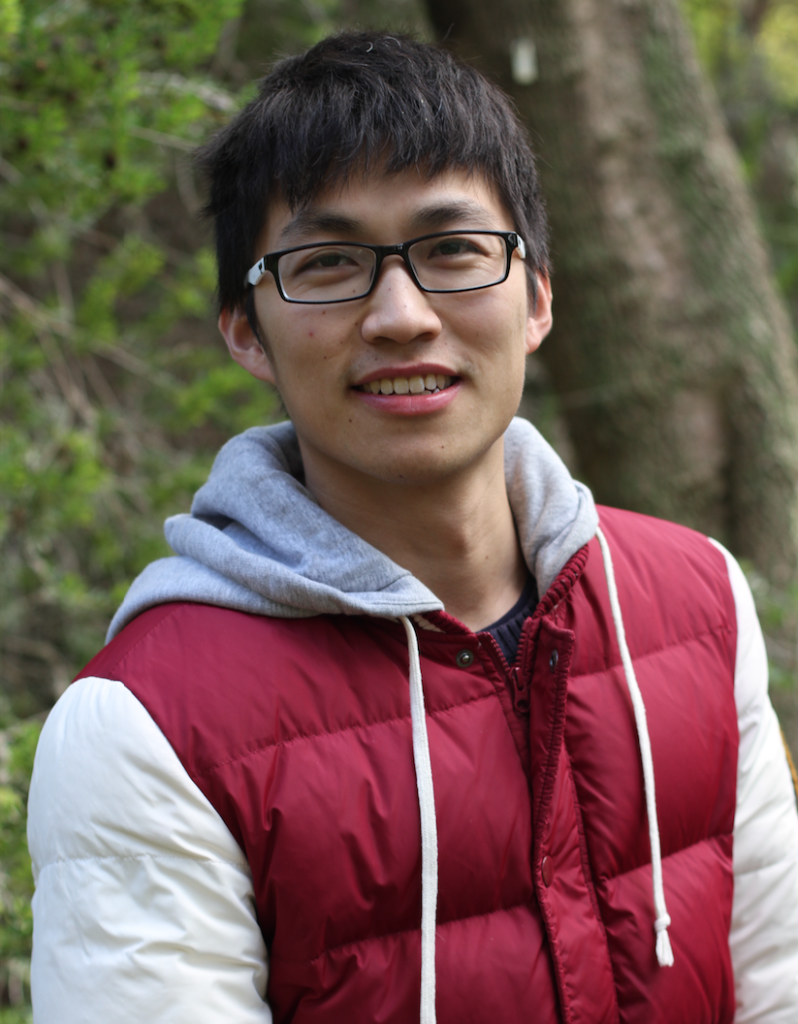