Aldo-keto reductase may contribute to glyphosate resistance in Lolium rigidum 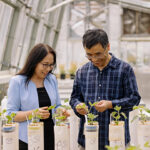 We have previously demonstrated that an aldo-keto reductase (AKR) from Echinochloa colona (EcAKR4-1) can metabolize glyphosate and confers glyphosate resistance. This study aims to investigate if the EcAKR4-1 orthologs from Lolium rigidum also play a role in glyphosate resistance in non-target-site based, glyphosate-resistant (R) L. rigidum populations from Western Australia. 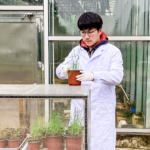 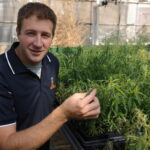 The objective of this study was to determine whether a jungle rice population from the tropical Ord River region of northwest Australia was glyphosate-resistant and whether alternative herbicides labelled for jungle rice control were still effective. Seed samples collected from the field site were initially screened with glyphosate in the glasshouse, and surviving individuals were self-pollinated for subsequent glyphosate dose-response studies. Glyphosate resistance was confirmed, as the suspected resistant population was found to be 8.6-fold more resistant to glyphosate than a susceptible population-based on survival (LD50 of 3.72 kg ha21), and 5.6-fold more resistant based on biomass reduction (GR50 of 1.16 kg ha21). 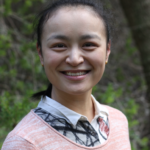 Transgenic glyphosate-resistant canola was first commercially grown in Western Australia (WA) in 2010, providing an opportunity to obtain important baseline data regarding the level of glyphosate resistance in weeds following the exclusive use of glyphosate for in-crop weed control. In this study, two surveys (2010 and 2011) were conducted across the 14 Mha of the grainbelt of WA. 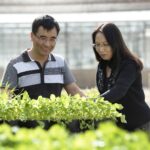 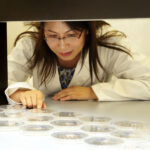 Glyphosate is the most important and widely used herbicide in world agriculture. Intensive glyphosate selection has resulted in the widespread evolution of glyphosate-resistant weed populations, threatening the sustainability of this valuable once-in-acentury agrochemical. Field-evolved glyphosate resistance due to known resistance mechanisms is generally low to modest.

In Australia, glyphosate has been used routinely to control wild radish (Raphanus raphanistrum L.) for the past 40 years. This study focuses on two field-evolved glyphosate-resistant populations of wild radish collected from the grainbelt of Western Australia.

Weed populations can have high genetic plasticity and rapid responses to environmental selection pressures. For example, 100-fold amplification of the 5-enolpyruvylshikimate-3-phosphate synthase (EPSPS) gene evolved in the weed species Amaranthus palmeri to confer resistance to glyphosate, the world’s most important herbicide.

The objective of this study was to determine whether a junglerice population from the tropical Ord River region of northwest Australia was glyphosate resistant, and whether alternative herbicides labeled for junglerice control were still effective.