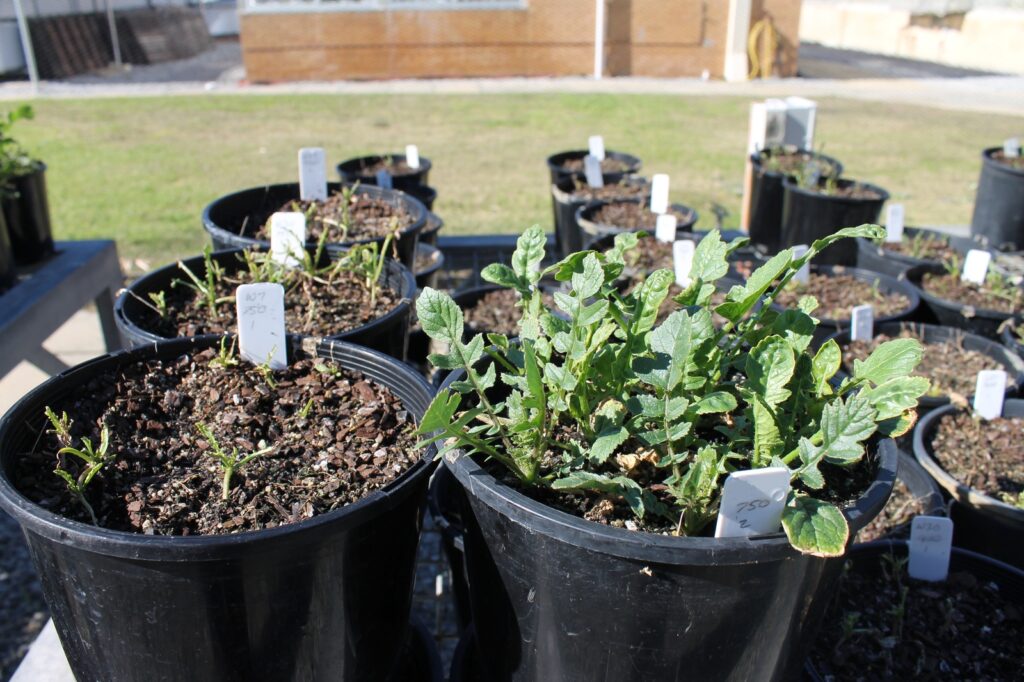 How were they found?

Mike Ashworth started his PhD at AHRI, based at UWA almost three years ago and decided to focus on glyphosate resistant wild radish. This was a big risk, what if he didn’t find any? Wouldn’t make much of a PhD!

Mike found two populations (WARR 37 & WARR 38) in the northern wheatbelt, one he discovered while driving along the road and the other was discovered by an agronomist. Both of these were in winter chemical fallow situations where wild radish appeared to have survived an application of glyphosate.

To find the third population, Mike hit the road in 2010 and 2011 surveying 239 paddocks from the first ever WA plantings of glyphosate tolerant canola. For all of this effort he found one more population of glyphosate resistant wild radish. 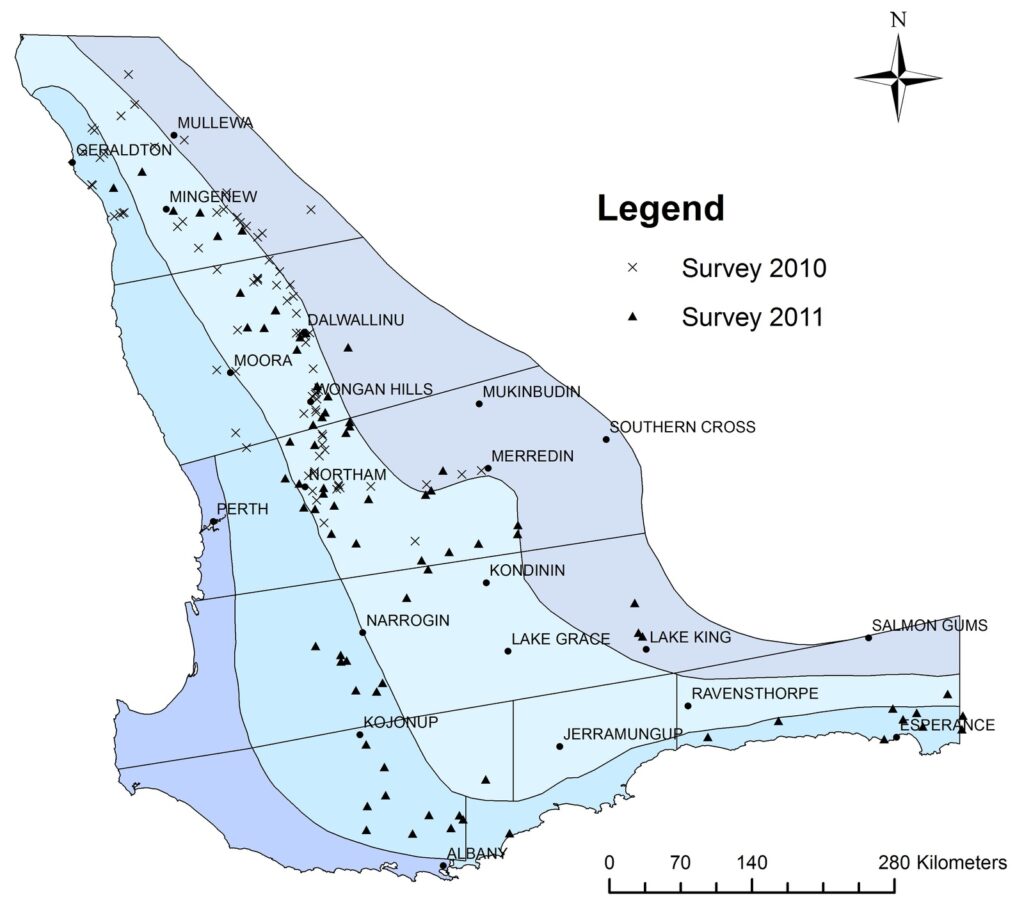 Figure 2. Fields visited in Western Australia during an extensive survey searching for glyphosate resistant wild radish in 2010 and 2011.

How resistant are they?

WARR is an acronym used by AHRI to describe populations of wild radish. WARR stands for Western Australian Raphanus raphanistrum. 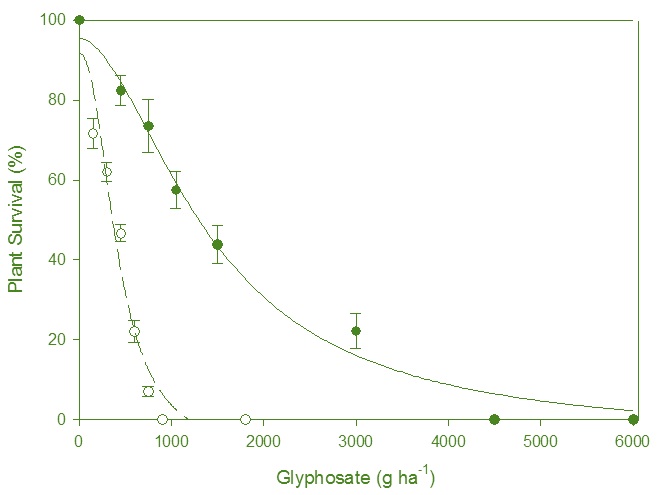 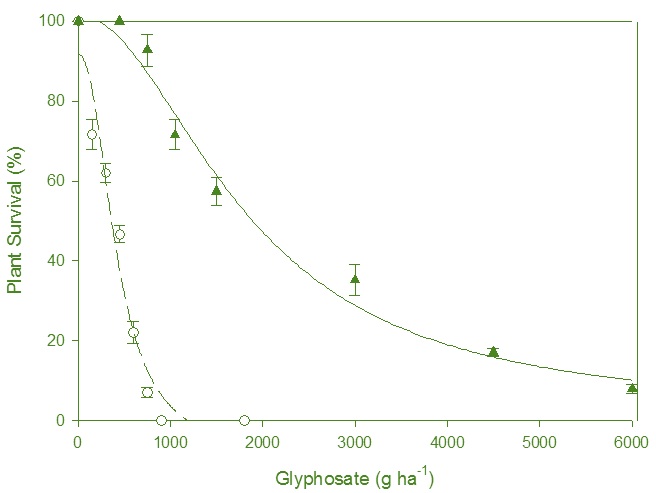 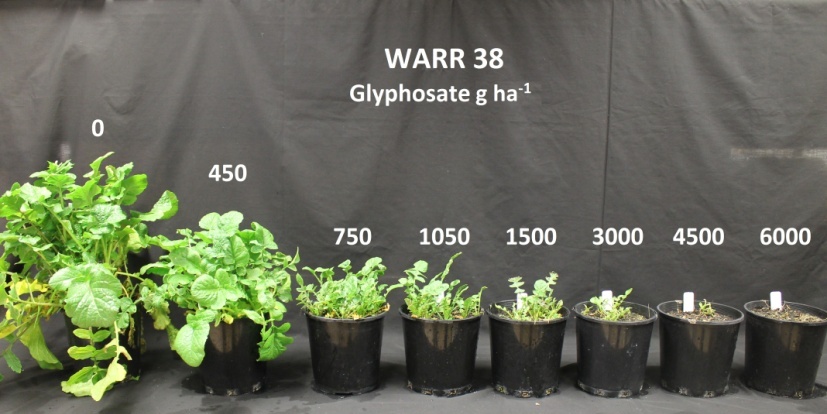 These populations have many survivors at a rate that was once commercially viable which is of great concern. Further exposure of glyphosate to these populations is likely to select for the most resistant plants.

The pictures above show that the higher rates of glyphosate did suppress the growth of the resistant populations. This is potentially a weakness that we can exploit by growing competitive crops and using herbicide mixtures and rotation. We are yet to describe the resistance mechanism of these populations. This is an area for future research that will help to determine the best course of management of glyphosate resistant wild radish.

The usual story applies. We need to continue to use a diverse range of weed control tactics including herbicide and non-herbicide weed control. The discovery of these populations makes this more important than ever. Crop competition and harvest weed seed control will be very important tools to manage wild radish in the future as well as other non-herbicide tools that suit various farming systems.

If growers or agronomists see a failure with glyphosate when targeting wild radish in the field they should not assume that it was due to the conditions or application. Have it tested and know where you stand.