How to beat unfit weeds

How good would it be to turn up to play a game of football or hockey (or whatever your sport) against a team that you know is 30% less fit than your team? It’s a walk up start. As you watch them eat their pre-game pie and smoke their pre-game cigarette, you know that the odds are stacked in your favour. 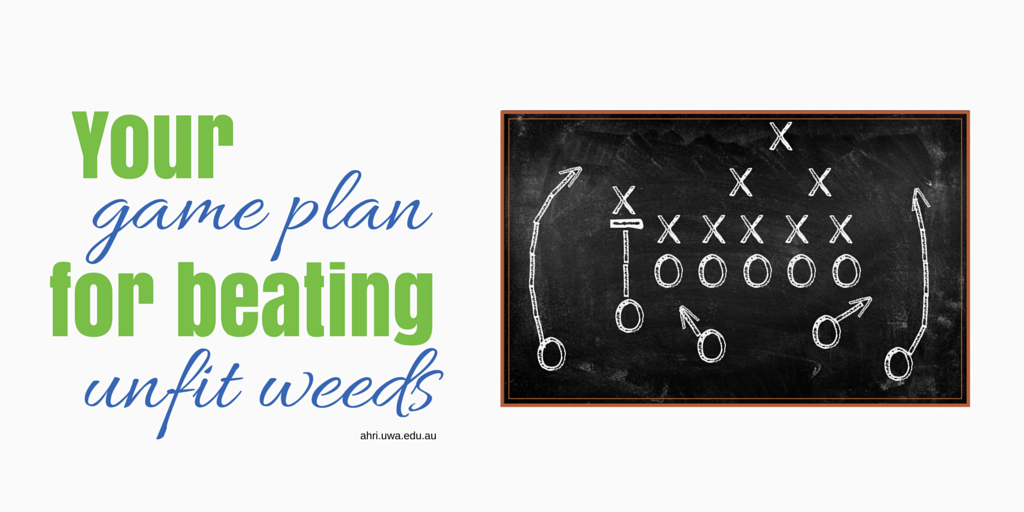 The 1781 mutation in ryegrass causes moderate clethodim resistance, and high level ‘fop’ resistance. This mutation is often the first to show up in a population and is as fit as a fiddle. The resistant plants grow just as well as the susceptible ones.

The 2078 mutation causes higher level clethodim resistance. As we continue to increase clethodim rates, we select for more plants with strong target site resistance such as the 2078 mutation. AHRI researcher Dr Martin Vila-Aiub (now at the University of Buenos Aires) and others in AHRI have discovered that ryegrass with this mutation are 30% less fit than susceptible ryegrass.

Bingo! A great way to beat these unfit plants is to increase crop competition. To use the sport analogy, imagine your team is not only more fit than the other team, but you are allowed to have 30 players on the field and they are only allowed 15.

The more that we learn about resistant weeds, the more we can learn how to beat them. 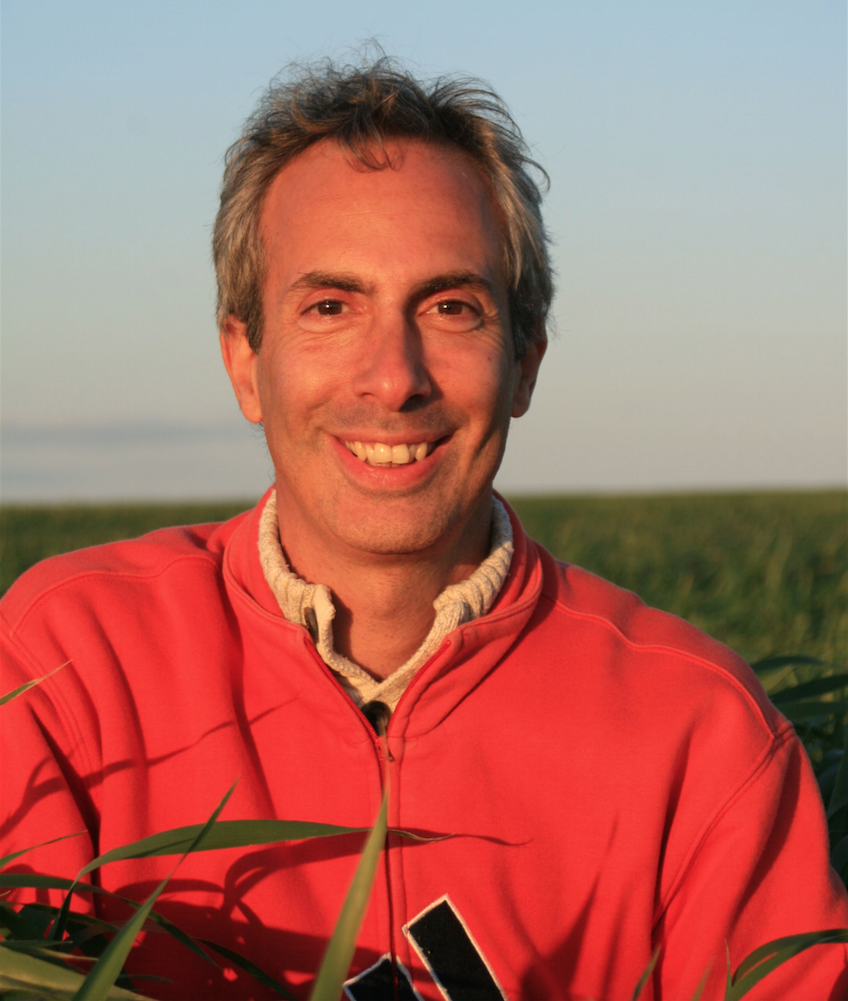 Martin Vila-Aiub is our man in Buenos Aires. Martin is based in Argentina and has spent ten years in Australia over a number of stints based at AHRI. Martin is one of the world’s leading experts in understanding the evolutionary ecology of resistance mechanisms, and he teamed up with other AHRI staff for this research effort.

Plants with the 2078 mutation simply do not grow well. 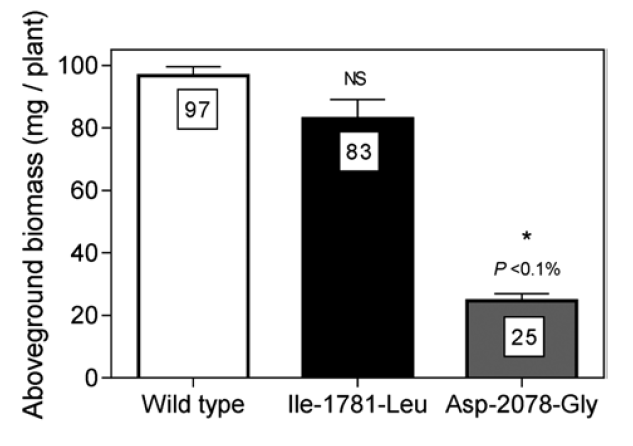 These plants were grown in pots for 24 days in the absence of any competition or herbicide. The wild type represents ryegrass plants that have no target site mutation, compared to plants that were homozygous (two copies of the gene) for the 1781 or the 2078 mutation.

The graph above clearly shows that there is no significant fitness penalty for the common 1781 mutation. Plants with the 2078 mutation are clearly unfit (they don’t grow as well), and they do take a hit from clethodim (but survive).

Herbicides such as clethodim (Select®) work by inhibiting the ACCase enzyme. This enzyme is involved in making fatty acids in the plant that are essential for plant growth. AHRI researchers measured the activity of the ACCase enzyme in the absence of any herbicide. The graph below shows that plants with the 2078 mutation had low enzyme activity. It is likely that this low enzyme activity is the reason for the 2078 fitness penalty. 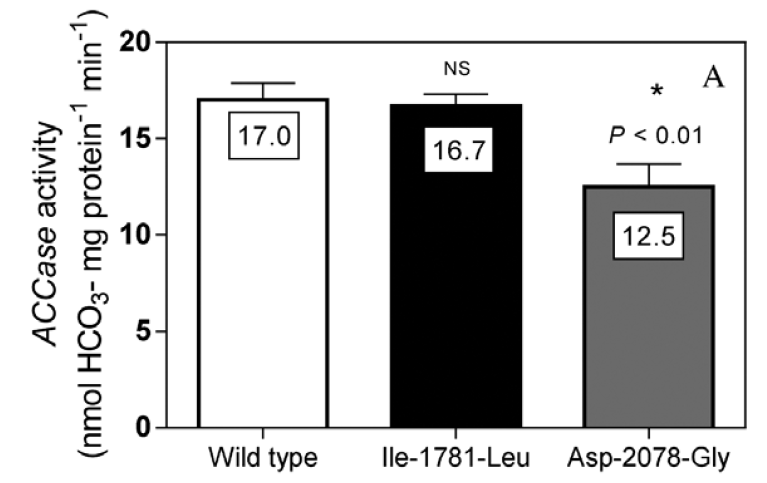 Secondly, weeds that are homozygous (two copies of the gene) for 1781 or 2078 have higher levels of resistance than those that are heterozygous (one copy of the gene). 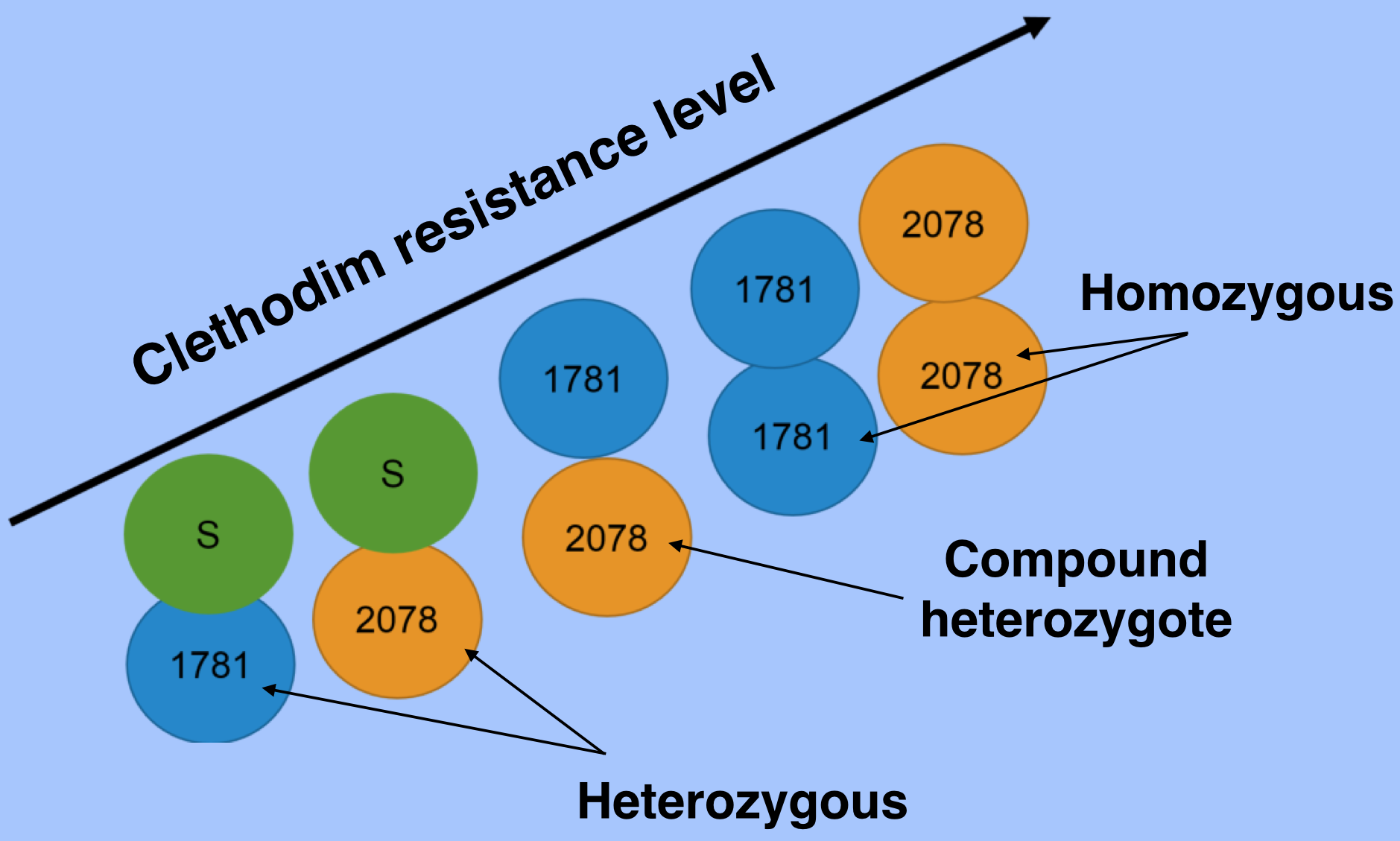 For this research, the AHRI team purified the ryegrass so that it was completely susceptible to clethodim (no target site mutations). Ryegrass was also purified to be homozygous for the 1781 mutation, and homozygous for the 2078 mutation. Purifying ryegrass in this way is easy to say, very difficult to do!

Where are we now?

In many fields in Australia, we have increased the rate of clethodim in recent years to control ryegrass due to increasing levels of resistance. In doing so, we have selected for the most resistant plants which now dominate the population. Ryegrass with the highest clethodim resistance is homozygous for the 2078 mutation and this ryegrass has a 30% fitness penalty in the absence of herbicide. 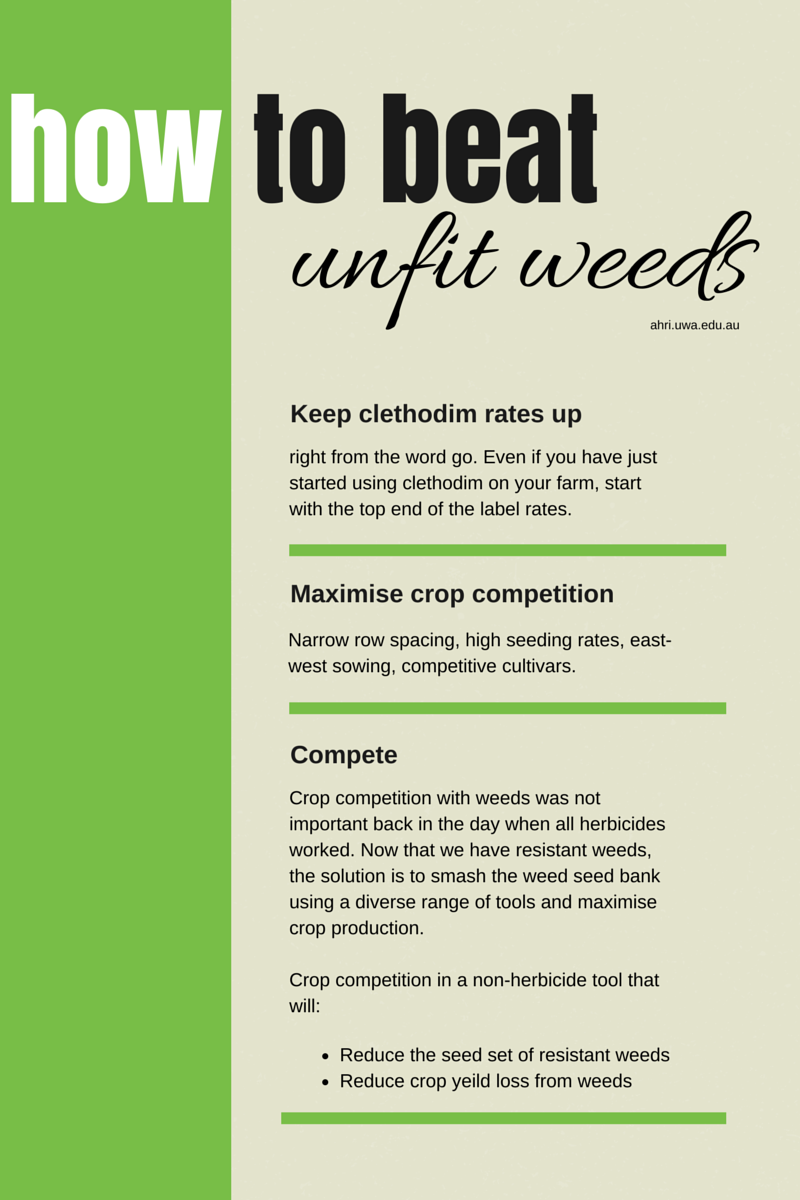 Unfit footy teams don’t win too many games, and unfit weeds will not win the battle with a competitive crop.