As AHRI researcher Roberto Busi attempted to land a jump on his motorbike recently, the last thing that went through his mind as he approached the ground was “I’ve got this”.  Waking up after surgery to reconstruct his elbow several hours later it became apparent to him that no, he didn’t have it!

It’s a little like spraying clethodim on ryegrass these days. As the grain grower sprays ryegrass of the right size with a robust rate in good conditions, with an excellent application, he could be excused for thinking, “I’ve got this”.

Roberto recently completed a project with GRDC investment where he sampled ryegrass from 17 paddocks across eight farms in Western Australia to see if there are benefits of proactively testing for herbicide resistance.  Across these tests, he found ryegrass that was resistant to Clethodim (Select) or Butroxydim (Factor) but no ryegrass that was resistant to the mix of the two. The same went for the pre-emergent herbicides as well, no resistance to mixes.

This is not to say that herbicide mixtures will kill every population of ryegrass, but it does highlight the benefits of mixtures as well as the benefits of testing for these mixtures before using them over the whole farm.

Keep mixing herbicides, and be careful when riding motorbikes! 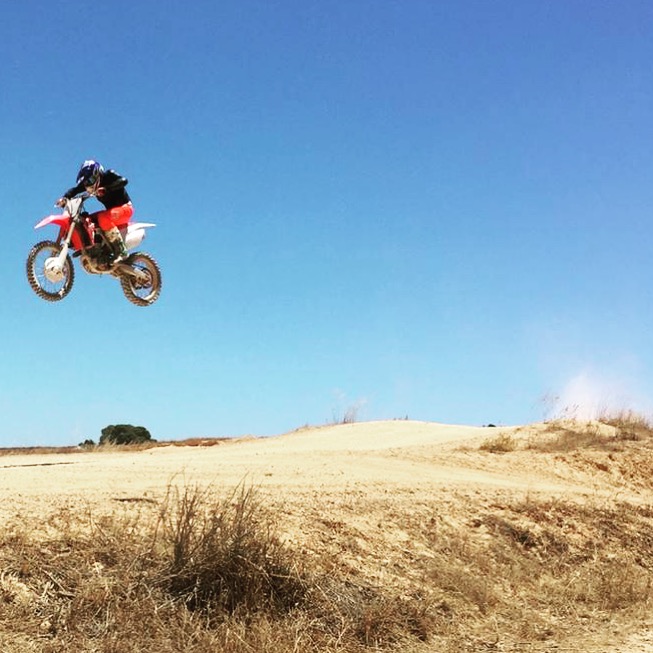 In 2018, a study was conducted to assess herbicide resistance in annual ryegrass seed samples collected from focus paddocks across eight different farms located in the Kwinana West Port Zone.  A total of 17 ryegrass seed samples were collected from 17 paddocks.  Herbicide resistance status was determined by treating germinating seeds or two-leaf seedlings with a range of herbicide modes of action.  Plants were grown outdoors at the University of Western Australia (UWA) during the autumn/winter season.

Table 1.  Number of samples from WA that were either Susceptible (survival <5%), Developing Resistance (survival 6% – 19%) or Highly Resistant (survival > 20 %)

In another study, Roberto and Mechelle Owen tested ryegrass that was suspected to have high-level Clethodim resistance. This time the ryegrass was tested with the top label rates and once again there were no survivors to the mix of clethodim and Butroxydim, but there were survivors to the individual herbicides. 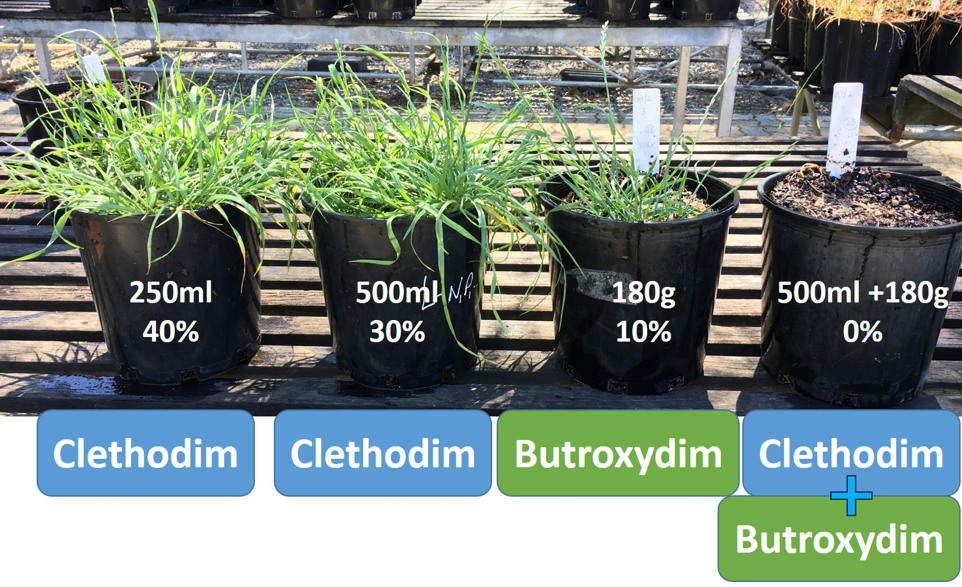 Clethodim + Butroxydim is the biggest registered hit that can be applied to ryegrass, although this mix is safe in registered grain legume crops only and is not recommended in canola due to crop safety issues.

There was no resistance detected in ryegrass to propyzamide in this study and there is yet to be a confirmed resistant population anywhere in the world.

There was, however, developing resistance detected to Trifluralin, Arcade (Prosulfocarb) and Sakura (Pyroxasulfone) in the same 17 populations mentioned above.  However, the mixture of trifluralin with either Arcade or Sakura was 100% effective in all populations.

Table 2. Number of samples from WA that were either Susceptible (survival <5%), Developing Resistance (survival 6% – 19%) or Highly Resistant (survival > 20 %)

Test, mix and rotate is the message.  There are a number of new herbicides coming to the market soon and we are beginning to see resistance evolving to our current suite of pre-emergent herbicides. Unpredictable patterns of cross-resistance are arising between these herbicides. We believe that in the future, extensive resistance testing, including the testing of herbicide mixtures, will be important to help grain growers get the best result with their herbicides.

P.S. Roberto is doing well. He’s got a very sore elbow that doesn’t currently bend, but he’s hoping for a full recovery and is already back on the running track.