When Airbus delivered the first A380 aircraft in 2008 they were very proud of the fact that it was the quietest commercial airliner ever produced. The unintended consequence of this, however, was that it led to a worse experience for passengers as more unpleasant noises (e.g. crying babies, snoring passengers, flushing toilets) were elevated in the quieter cabin. Back to the drawing board! They actually engineered some sound back into the cabin by piping in ambient noise.

When ConsultAg agronomist Garren Knell tackled a high ryegrass seedbank with one of his clients in southwest Western Australia 12 years ago, they opted to introduce legume based pasture and triazine tolerant canola into the rotation. They took an aggressive approach to managing the ryegrass seedbank and it payed off.

The unintended consequence, was one of Australia’s first populations of simazine resistant silver grass.

Garren sampled some silver grass in 2014 and Dr Mike Ashworth (who was working at Curtin at the time, but now is at AHRI) confirmed that it was highly resistant to simazine. The population was in fact more than 594 fold resistant. Genetic testing revealed that the mechanism for resistance was a common one that often gives high level resistance.

The rotation Garren’s client adopted resulted in 8 applications of triazine in 12 years. The ryegrass received double knocks in the form of grazing, spray topping and clethodim. The silver grass avoided these second knocks, and on reflection, the triazine herbicides were the only tool used in 8 of the 12 years for silver grass control.

This goes to show that when our eye is on the world champion of resistance, annual ryegrass, it is pretty easy to inadvertently evolve resistance in another weed. So what other herbicides are still available for this population? 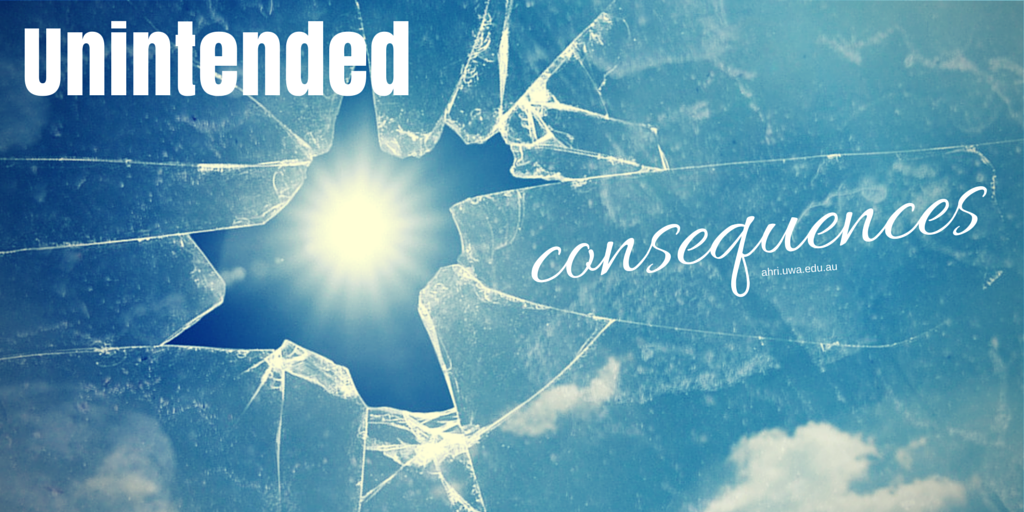 The only way to kill this population of silver grass (Vulpia bromoides) with simazine is to sit the drum on top of them. Greater than 594 fold resistant is seriously high level resistance. 100% of silver grass plants survived 12,800 gai/ha simazine. 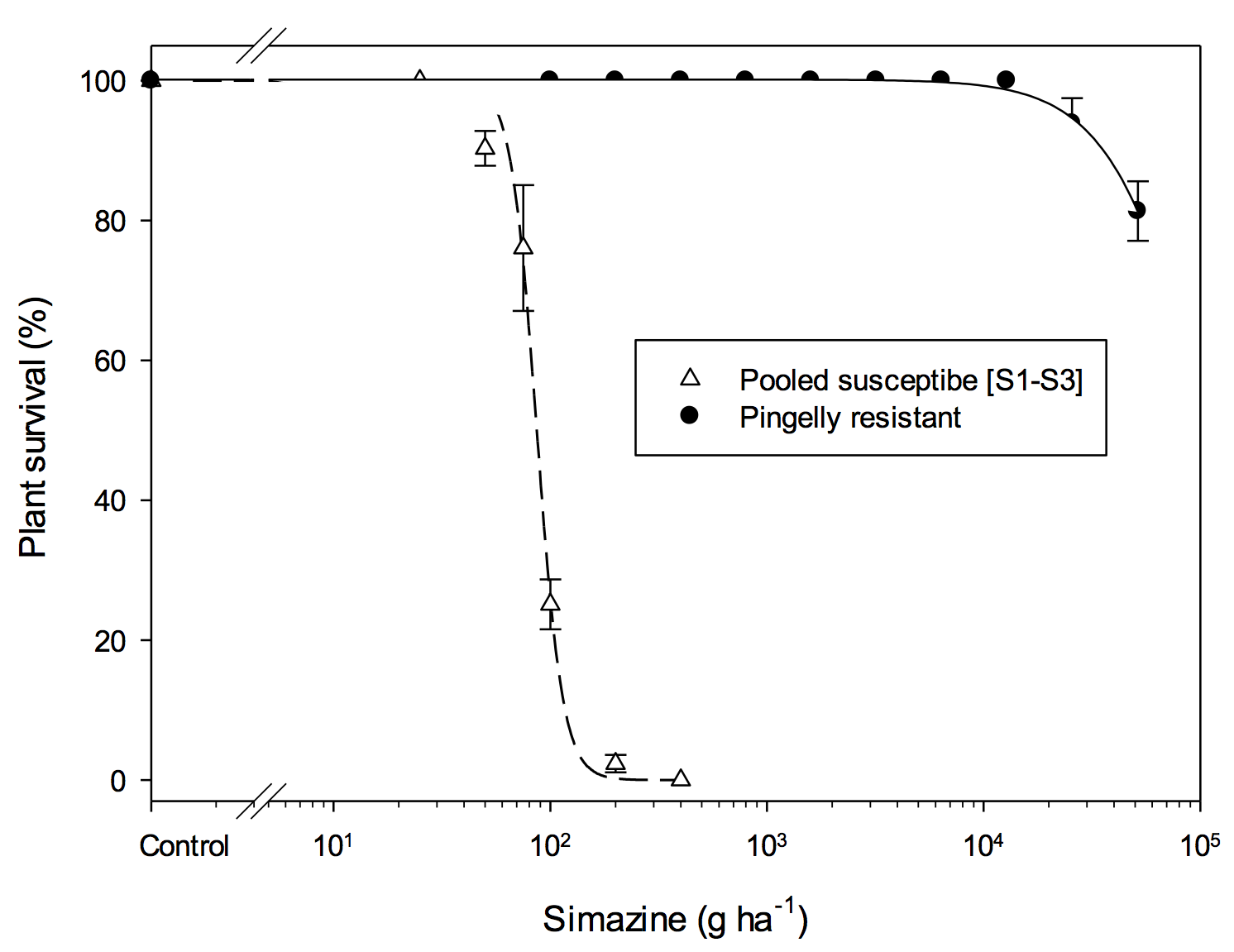 Story of the field

The field near Pingelly in Western Australia had very high ryegrass numbers in 2002. Agronomist, Garren Knell, along with his clients made a plan to use a rotation that included sub-clover pasture, triazine tolerant (TT) canola and cereal to get on top of ryegrass numbers. This rotation and herbicide rotation strategy worked well and the ryegrass is now at very low numbers.

Table 1. Twelve year rotation along with triazine herbicide use and a brief summary of other weed control. This is not an exhaustive list of weed control used.

Simazine or atrazine was used in 8 (9 if we include metribuzin in barley in 2006) of the 12 years of this rotation. The ryegrass in this field was exposed to second knocks of grazing, spray topping and clethodim. Silver grass is unpalatable to livestock, sets seed earlier than ryegrass, and is not controlled by clethodim. Consequently, the silver grass in this field effectively avoided the second knocks.

The target site identified in this study was the Serine – 264 – Glycine mutation (Ser-264-Gly). This target site is a common mutation that gives high level triazine resistance in a range of weed species. The gene for this resistance mechanism is maternally inherited, so the genes will not flow in pollen. Growers are therefore likely to find hot spots of triazine resistant silver grass as this limits spread.

The Ser-264-Gly mutation commonly causes a fitness penalty in other weed species. This fitness penalty appears to have also occurred for this population of silver grass as indicated by reduced biomass of the resistant Pingelly population compared to the susceptible populations (S1, S2 & S3). This is anecdotal only as a full fitness study was not undertaken. 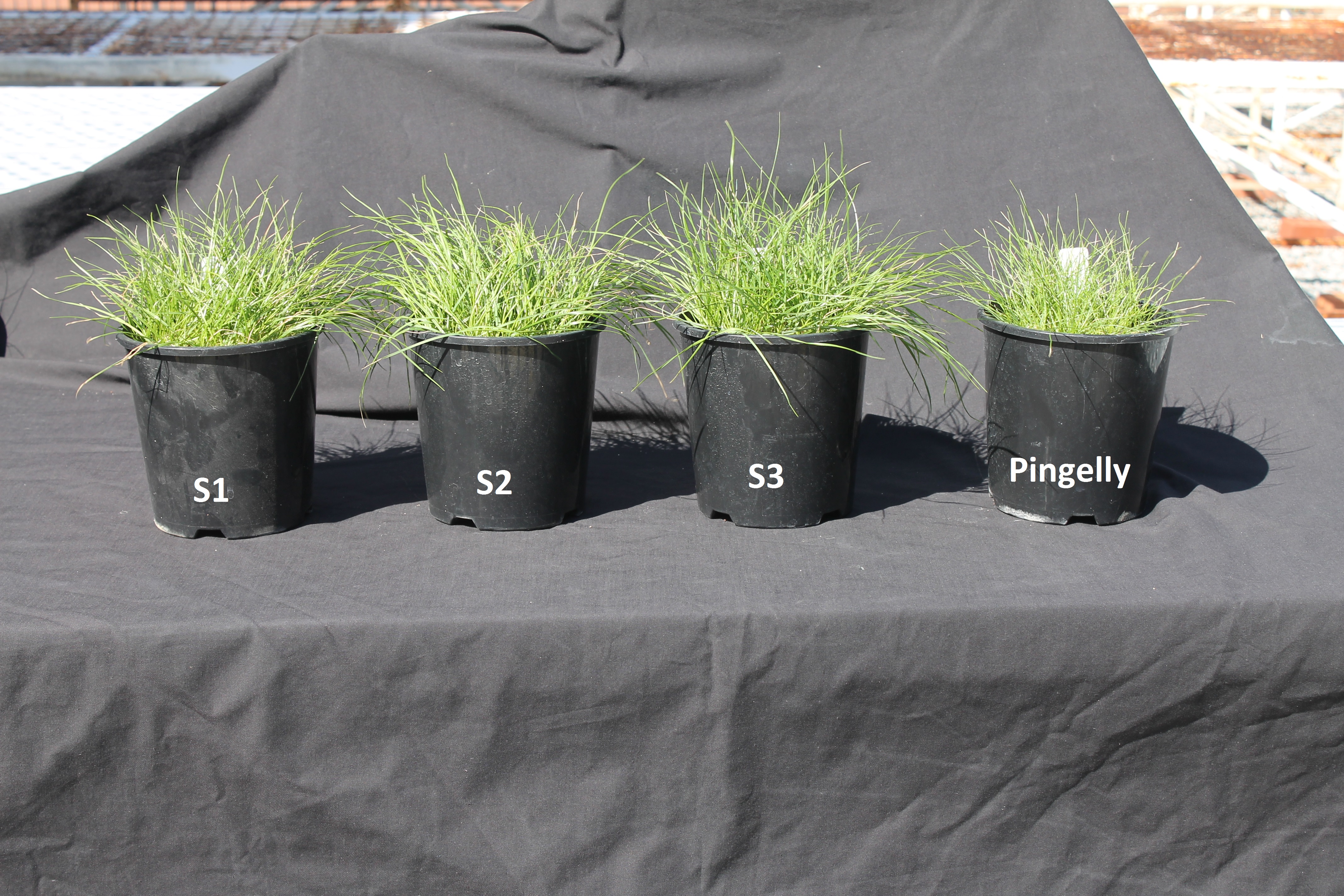 This population was tested with a range of herbicides. Fortunately, most of them still work. It is common for simazine resistant weeds to also be resistant to atrazine and metribuzin. 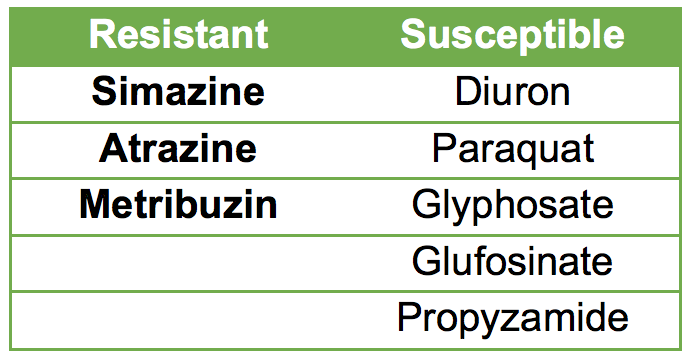 Why does Diuron work?

Diuron is a herbicide that inhibits photosystem II (Group C herbicides in Australia), as are simazine, atrazine and metribuzin. So how can Diuron kill these simazine resistant plants? Diuron binds to the same enzyme as simazine, at the same binding site, but if forms bonds to slightly different amino acids. Diuron can still bind to the binding site when there is a Ser-264-Gly mutation but simazine, atrazine and metribuzin cannot. There has rarely been documented cross resistance between the triazine herbicides and Diuron.

Silver grass has evolved resistance to paraquat in other states of Australia. It may be tempting to heavily rely on paraquat if triazine herbicides are failing, however, it is important not to rely solely on one herbicide as it will fail as well.

There are herbicide options for this field. The possible use of propyzamide in pasture followed by early spray topping is one option. Switching to glyphosate tolerant canola is another, and it will be important to investigate the best pre-emergent herbicide option for the cereal phase of the rotation, possibly in a mix with diuron.

As far as non-herbicide tools go, two of the main options are soil inversion to bury the small silver grass seed, and enhanced crop competition (especially given the fitness penalty of triazine resistance).

Unintended consequences are, as the name implies, unintended. It is easy to look at the story of this field and be critical of the over use of triazine herbicides for silver grass control. Double knocks are an important tool for managing resistant weeds and preventing resistance. The silver grass in this study managed to escape the second knocks and triazine resistance was the result. Fortunately for the rest of us, they were on the front foot with sampling and contacting AHRI researchers, and we can all learn from their experience.