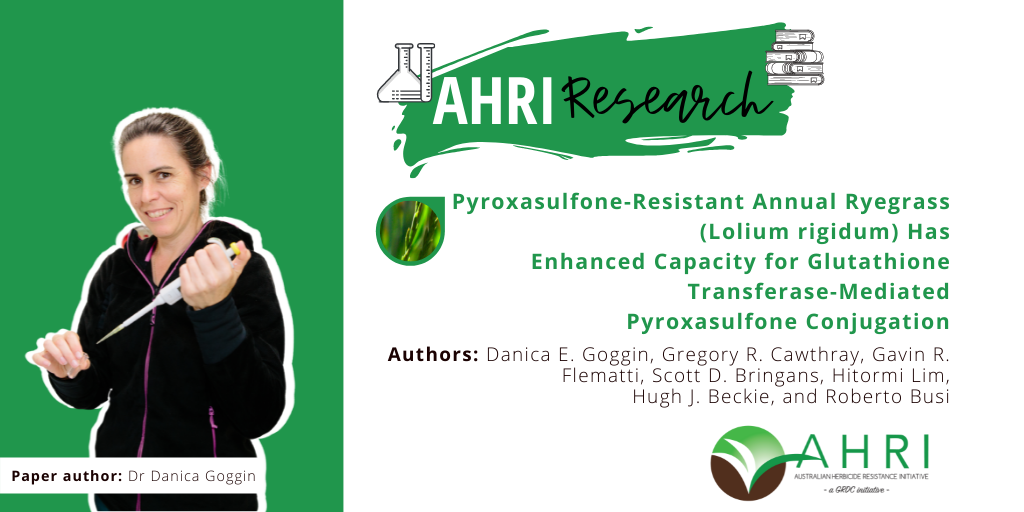 The herbicide pyroxasulfone was widely introduced in 2012, and cases of evolved resistance in weeds such as annual ryegrass (Lolium rigidum Gaud.) and tall waterhemp [Amaranthus tuberculatus (Moq.) Sauer] have started to emerge.

Pyroxasulfone conjugating activity was higher in radicles, roots, and seeds compared to coleoptiles or expanded leaves. Among the GSTs purified from annual ryegrass radicles and seeds, an orthologue of Brachypodium distachyon GSTF13 was >20-fold more abundant in the pyroxasulfone-resistant population, suggesting that this protein could be responsible for pyroxasulfone conjugation.